March 19, 2015 Comments Off on Paris 2015: Governments get negotiating text for climate agreement 763 Views

The secretariat of the United Nations Framework Convention on Climate Change (UNFCCC) has communicated the negotiating text for a new climate change agreement to governments in all six official UN languages. 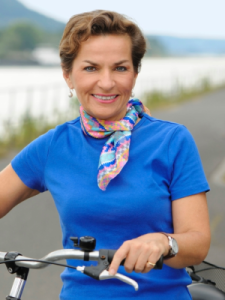 This communication, according to the UN body, means that the formal legal and procedural requirements to allow countries to adopt a legal instrument under the UNFCCC have been fulfilled.

Governments are set to agree a global climate change agreement in Paris, in December, which will come into effect in 2020. As part of the agreement, every country is expected to contribute now and into the future, based on their national circumstances, to prevent global warming rising above 2 degrees Celsius and to adapt societies to existing and future climate change.

“This allows early consideration of the emerging consensus and the options now on the table by all concerned government ministries so countries can conclude successfully in Paris,” said UNFCCC Executive Secretary Christiana Figueres.

“Paris needs to puts the world on a recognizable track to peak global emissions as soon as possible, achieve a deep de-carbonization of the global economy and reach a climate neutral world in the second half of this century at the latest,” she said.

The negotiating text covers the substantive content of the new agreement including mitigation, adaptation, finance, technology, capacity building, and transparency of action and support.

Last week’s devastation of the small island State of Vanuatu by Cyclone Pam brought into sharp focus the human consequences of the threats of climate change and disasters to sustainable development. Pam hit just as nations under the UN gathered to reach a new disaster risk reduction agreement in Japan.

“There is no time to lose. Nations have now agreed new objectives to reduce disasters and will decide a set of fresh sustainable development goals at the UN General Assembly in September. The Paris agreement must ensure climate change does not wipe out these efforts and sets all countries on a faster track to a clean energy, climate-resilient future,” said Ms. Figueres.

“The Bonn meeting will be a key opportunity for countries to demonstrate flexibility and willingness to come to an early resolution of the outstanding issues and to seek common ground on unresolved issues,” said Ms. Figueres.

Further sessions during which countries will have the opportunity to converge on and resolve issues in advance of the Paris conference have been scheduled in Bonn, from 31 August to 4 September and from 19 to 23 October.

Additionally, ministerial-level meetings throughout the year will include climate change on their agendas and contribute to convergence on the key political choices.

These include the Major Economies Forum, with up to four sessions tentatively scheduled this year; the Petersburg Climate Dialogue (17 to 19 May); and upcoming G7 and G20 meetings.

“These opportunities will help to ensure that countries can inject the right level of political energy and direction. What is needed now is that the views of Heads of State, Ministers and negotiating teams reflect a consistent view of ambition and the means to achieve it,” Ms. Figueres added.

In a related development, the Intergovernmental Panel on Climate Change (IPCC) has launched the complete version of the Synthesis Report, the concluding instalment of the Fifth Assessment Report (AR5).

Written by over 800 scientists from 80 countries, and assessing over 30,000 scientific papers, the Fifth Assessment Report tells policymakers what the scientific community knows about the scientific basis of climate change, its impacts and future risks, and options for adaptation and mitigation.

The key findings of the Synthesis Report, initially released on 2 November 2014, are:

“The Synthesis Report, distilling the work of hundreds of experts, is an invaluable tool and resource for policymakers as the world prepares to finalize a global agreement on climate change later this year,” said Ismail El Gizouli, Acting Chair of the IPCC.

The release includes the fully laid-out Summary for Policymakers of the Synthesis Report and the longer report comprised of an Introduction and four topics, plus six annexes.

The IPCC is also releasing on the website drafts of the Synthesis Report, and comments arising from the expert and government review. As its name suggests the Synthesis Report integrates and synthesises the contributions by the IPCC’s three working groups that were rolled out over 2013 and 2014 into a concise document of about 110 pages suitable for policymakers and other stakeholders.