An official count conducted at the People’s Climate March in New York City on Sunday showed that over 310,000 people participated in the largest climate rally in history – more than tripling pre-march estimates of 100,000. Around the world, hundreds of thousands more joined 2,646 events in 156 countries. 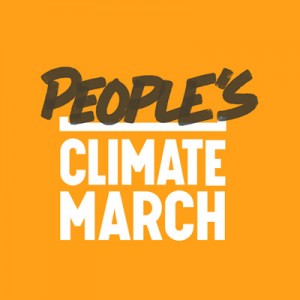 “We said it would take everyone to change everything — and everyone showed up,” said Eddie Bautista, Executive Director of the New York City Environmental Justice Alliance.

Shattering expectations, this official attendee count makes the People’s Climate March New York City’s largest social demonstration in the last decade. Well above the 80,000 who attended the 2009 march at the Copenhagen climate talks, the 310,000 attendees at today’s demonstration have set world history just days before a UN Summit bringing world leaders together to discuss tangible action on climate change.

“People around the world are tired of waiting for our politicians to act,” said Payal Parekh, Global Managing Director for 350.org, one of the organisations coordinating the global day of events. “From the islands of the Pacific to the streets of New York City, we’re demanding action, not words. We’re showing what real leadership looks like.”

Marches around the world also exceeded expectations with more than 30,000 people taking to the streets in both London and Melbourne and over 25,000 in Paris. Thousands also marched in Delhi, Rio, Paris, Barcelona, Jakarta and beyond. Similarly, thousands will march across the streets of Lagos and other cities in Nigeria on Monday. In most places, the People’s Climate march was the largest demonstration on climate change to date.

In addition, at last count, 2,129,060 people around the world had also signed onto a petition calling for world leaders to take bold action at the UN Climate Summit this week.

“With hundreds of thousands marching in over 2,500 protests worldwide, this is by a long way the largest climate mobilization in history. It’s a wake up call to politicians that climate change is not a green issue anymore, it’s an everybody issue,” said Ricken Patel, the executive director of Avaaz, who delivered the petition to UN Secretary General Ban Ki-moon at 1:00pm on Sunday on the march route.

The Global Leadership Council has been unveiled to scale...