On Our Behalf, by Onome Olive Etisioro

September 7, 2020 Comments Off on On Our Behalf, by Onome Olive Etisioro 655 Views

“You hear wetin don burst again for the area?”

Fegor was used to hearing about things that burst: pipelines, oil tanks, full grown men’s heads. The most important of all: scandals. He had a sneaking suspicion that it was the last, most interesting sort that his brother was referring to.

“I never hear.” He answered shortly, trying to keep himself focused on his task of fixing his torn net. Because, honestly, he was tired of hearing about one scandal or the other, and everybody knew that no justice ever came out from all the probes and noisemaking. It wasn’t as though it was even a secret – how depraved and corrupt the government was – they flaunted it in the open, as if daring people to take offense, to push back.

And when they finally did, when they finally pushed back, incensed at the blatant insult and disregard; when they took to the streets to protest, what did the government respond with? Sheer, brute force, as though they were crushing insurgents. And these were the people they termed ‘terrorists’, ‘militants’ ‘lawless monsters’, and they proceed to come after them with the police force, and the army and navy and air force, as though they were going to war with their own citizens. As though their cries for reform was violence and their throats had to be crushed.

Fegor knew firsthand that people reacted in two different ways when oppressed: either they rebelled, or they adjusted to the oppressor’s regime in order to save their skins. Fegor knew the path the militants had taken: rebellion. And look how that had turned out for them. So many years after, and their region was still as underdeveloped and messy as ever.

At this point, Fegor couldn’t even pretend to be shocked. And even though he was now interested, he knew the story would be exactly the same as the ones that came before. The thief would walk away relatively unpunished.

The organization that has been created to help foster rapid, even and sustainable development of the Niger Delta into a region that should be , by itself, economically prosperous, socially stable, ecologically regenerative and politically peaceful just happened to be the same organization that is digging the people deeper into poverty and stealing from them. Their own kinsmen.

Fegor wasn’t even that enthused as he asked, “EFCC catch am?”

His brother waved his query away with a gesture that said, “Guy, you no know the levels?” just as loudly as if he had actually spoken.

“House of Senate dey probe am now,” the brother said and Fegor noticed that he was rather a little more excited about the idea of the MD being caught. Fegor wondered if, just if, justice would be served this time.

“Im go go jail?” And really, he didn’t want to be the type of person who rejoiced over another person’s calamity, but he couldn’t quite keep his interest from peaking.

His brother scoffed. “Jail ke.” He shook his head, his lips turned down at the corners. “MD wey dem dey probe, na im he faint for im seat, people come dey rush am. Dem be wan kiss am join.”

Fegor sighed and closed his eyes for a very brief moment before turning back to the task at hand. No one could argue that he hadn’t given them the benefit of doubt now, even though he already knew what a hopeless cause that was. Fainting? Falling ill right before trials or even during them? He had seen these happen so many times that it wasn’t even a stretch anymore to see that they were all being played and taken for fools.

Fegor tried not to think too much about things like these because, if he did, he would face the bitter truth of how their very own government has no regard for people’s intelligence or power. Did he, as a citizen, have any power even? Fegor felt more like a slave than a citizen who had the power to choose his leaders. No one in this country had any power to choose their leaders, really. All they ever got were hard options – picking between the devil and the deep blue sea, and look where that got them – with government institutions that feed off their own people like parasites and then proceed to feed off other nations in that same way.

“All dis one dem dey do so,” his brother continued, very excited about the gist that he didn’t notice that Fegor couldn’t bring himself to care less. “All na initial gra gra. Dem no go do anything e. Dem just wan act like say dem go arrest am. The thing no go get head!”

That could be the truest thing any Nigerian understood, and even more so for a Niger Deltan like him, but deep down, Fegor hoped that just this once – if only this once, justice would prevail, and the criminal would be charged for his crime. He was also aware of the fact that he was furnishing a wild fever dream that might never ever come true. Even when it was what the people deserved.

These were hard, trying times for so many Nigerians with most of them, himself included, trying to survive the lock downs, the border closures, as well as trying to make up for the strain it put on their sources of livelihood. The hike in food prices made it nearly impossible to feed properly these days and here were the same people put into power to make sure that the public had better opportunities and economic stability – here they were selfishly throwing billions of naira on their own heads.

Here he was, much more terrified of running out of income sources than he was of contracting this deadly virus spreading across the world. Here he was, going out to sea day after day only to come back with dead and rotten fish that mean nothing to him in these crucial times. He was constantly reminded of the careless gas flaring of the oil companies inhabiting their communities, seeing the oil blackened waters and just knowing that he would find no catch.

They were all living in a state of limbo, a terrifying game of luck and chance where they were more likely to die from hunger than they would from the virus. Fegor was reminded, rather brutally, of the truth that every Nigerian was aware of – that they were on their own. They were all on their own. No one was going to rescue them; they were going to have to fight for themselves. That was what being Nigerian meant to him, as well as to many others.

Because the very system they had sent ahead to fight on their behalf had never truly intended to do so.

They were all on their own.

Etisioro is a lawyer, novelist and prose poet with a love for literature and food

“On Our Behalf” is extracted from “A Walk in a Curfew and other Pandemic Tales”, a 2020 publication of HOMEF

Tagged with: Health of Mother Earth Foundation (HOMEF) On Our Behalf Pandemic Tales 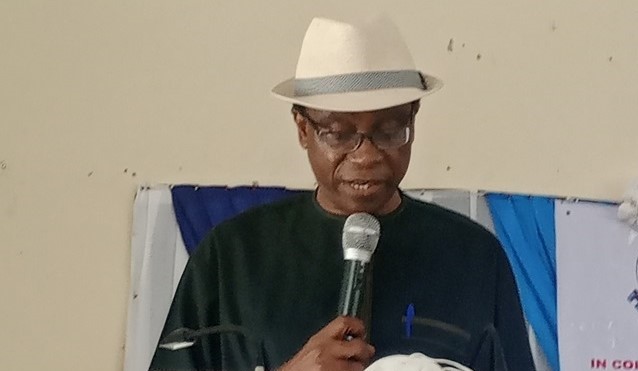