The Federal Government has been asked to establish an independent National Environmental Tribunal (INET) to try and resolve all environmental justice cases that are pending.

According to Dr Godwin Ojo, the new Executive Director of the Environmental Rights Action/Friends of the Earth Nigeria (ERA/FoEN), ecological debt from environmental destruction is piling up, adding that it is time for the agents and corporations to pay up.

He stated that the crime scene of environmental despoliation is intensifying throughout the Niger Delta in Ikot Ada Odo, Bodo, Goi, Ikarama, Kalaba, Iwhereka, Oruma, Kwale, Urokhousa, Ilaje and a host of other oil-bearing communities, lamenting that the development is sending victims to their untimely graves as impunity is left unchecked.

“We urge policy makers and parliamentarians to put in place a policy framework to kick-start the INET) process to allow for corporate and individual liability,” Ojo stated on Wednesday in Lagos in a presentation at an interactive session.

In a similar vein, Ojo, a political ecologist, called for an amendment in the law of evidence and proof in environmental cases. He emphasised that, in the case of oil pollution, the burden of proof should shift to the respondents to demonstrate otherwise claims by the plaintiffs.

“This is because the burden of proof as currently practiced is too heavy a duty to be discharged by the poor hapless victims. So far, less than one percent of the environmental justice cases ever make it to court due to crucifying inhibitions strewn in the way of justice. After 10 to 15 years of litigation, communities are forced to accept paltry compensation and to sign indemnity clauses that absolve such oil companies from remediation. Whether in Nigeria, California or The Hague, losing court cases not on grounds of merit but on spurious technicalities is injustice. Collectively, we must right this wrong,” he declared.

The ERA/FoEN also proposed a National Basic Income Scheme (NaBIS) for the poor to, according to Ojo, redress the widening gap of inequalities through a national wealth redistribution system.

His words: “Nigeria is one of the countries in the world where the gap of inequality is highest.  Over 68 million Nigerians are unemployed, millions live on less than two dollars per day and millions more go to bed hungry. Given the official figures from the Bureau of Statistics that Nigeria earned N48.4 trillion between 2000-2011, and N8.8 trillion in 2011 from oil wealth, Nigeria can afford minimum Basic Income Stipend of about N18,000 exclusively to the poor and unemployed if we are to halt this decline towards a political class economy. It has the opportunity to release locked-up potentials.

“This scheme as in other climes may be funded or subsidised by a reform of the progressive tax system. It is reparation from unequal use of natural resources from systemic internal colonialism. If the national budget trend is anything to go by, a situation whereby less than one percent of the population enjoys about 70 percent of the national wealth through recurrent expenditure while the 99 percent of the 170 million population is made to settle for 30 percent in capital expenditure from the national wealth is no longer acceptable. It is this sort of insensitivity that is maintaining poverty and leading to violent conflicts that is not conducive for our development. There is too much money flying around, and the citizens must wake up from docility and place real demands on their government.”

He wants the nation to take advantage of the emerging energy transition model in renewable sources of energy and to diversify its economy from oil-dependency to a non-oil economy.

He stressed that, by consistently advocating leaving oil in the soil, and coal in the hole, a post-petroleum economy is expedient to eliminate waste and oil theft.

“It is a mystery that the barrels of crude oil produced daily in Nigeria remain unknown as the Central Bank of Nigeria (CBN), Nigeria National Petroleum Corporation (NNPC), and government brand different figures. Because the volume is unknown, actual receipts remain mere conjectures.  Whereas production volume is placed around 1.8 million barrels per day, projections far exceed thre million barrels per day. We are asking the oil companies and the government: What does it take to meter the oil wells and flow stations?

“The question of impunity is running virile due to lack of transparency and accountability in the oil sector operations and in the management of oil wealth.  Oil is drilled under military shield and much stolen under their watchful eyes. The refusal by oil companies and state acquiescing to resist metering at the flow stations sounded like fiction. Only crude pumped at the export terminal is recorded as produced rather than from the oil wells. This mockery is simply unacceptable. Blaming the victims and locals who account for about 10 percent of the oil theft while neglecting to fight the other few but powerful cabal who steal about 90 percent of petroleum products is calculated to give a dog a bad name in order to hang it.

“We question the Federal Government’s amnesty programme that is not holistic but tokenistic, and failing to address the root causes of the oil resource conflict. Government has also failed to account for those other peaceful aggrieved agitators like the Ogonis (apparently, they had no guns). Rewarding entrepreneurs of violence alone installs a cycle of violence and crimes, kidnapping for ransom and other vices threatening the peace and security of our nation.” 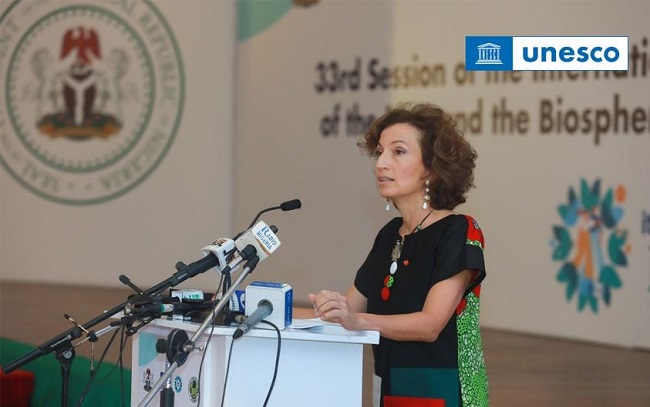