The Management of Okomu Oil Palm Company Plc., near Benin City in Edo State, has called on the state government to contain activities of illegal loggers at the Okomu National Park, which cause deforestation and threaten the existence of the animals.

The company’s Communications Officer, Mr Fidelis Olise, said on Monday, March 8, 2021 in Benin that the management made the call after the company helped to rescue an elephant that fell into a muddy ditch on Saturday night.

He said that Okomu Oil’s Managing Director, Dr Graham Hefer, who led the rescue team, made the call, after “it took two hours of strenuous digging of a muddy hole, to save the stressed elephant.”

Olise said the elephant fell into a ditch in the Okomu National Park, in Ovia South West Local Government Area of the state.

“On Saturday afternoon of March 6, a distress call came from the Conservator of the Okomu National Park, Mr Teslim  Kareem, that an elephant had fallen into a ditch in the forest and was unable to come out.

“He had sought help from Okomu Oil Palm Company Plc to rescue the animal.

“On receiving this information, the Managing Director, Dr Graham Hefer, assembled and personally led a rescue team to the scene.

“At the scene, it was discovered that the elephant had slipped into the ditch full of muddy water and could not extricate itself without the deployment of heavy duty equipment.

“So, the company called for their pay loader and backhoe machines to create a step way for the elephant so it could climb out of the muddy hole.

“After about two hours of digging into the night, the team, aided by the Park Rangers, managed to carve enough of a step way for the elephant to gain his freedom and to slip back into the forest, uninjured,” he said.

According to Olise, this is the second elephant rescued by Okomu Oil Palm Company Plc, on behalf of the Okomu National Park, the first being on Oct. 3, 2019.

“Kareem thanked the company for its sustained logistics support at no cost to the park, saying the Park’s MoU with Okomu Oil Palm Company Plc, would  bring about proper preservation of the forest,” Olise said.

He quoted Kareem as saying that the company’s own high conservation areas (HCVs) adjoining the park were some of the best and last areas of hardwood timbers.

Kareem, according to him, however, regretted that the natural resources had also become target for regular encroachment by illegal loggers.

Olise said that Hefer blamed activities of illegal loggers to be the cause of the accident, with the noise from the motor saw causing the elephant to  spook and fall into the ditch.

“The company, at its own cost, will continue to protect this area as the Edo Ministry of Environment Forestry Unit uses these HCVs for training of their Forestry Officers because of their retained biodiversity.”

He said that Hefer commended the Park for trying to rescue the elephant, in spite of its limited ability to do so, promising that, like all good neighbours, the company will always rally her resources together to assist the Park where they can do so.

Hefer, according to him, said as part of the company’s Roundtable on Sustainable Palm Oil (RSPO) certification obligations, the ongoing environmental sustainability of the Okomu National Park was paramount to the company.

He noted that the company would not sit back with its hands folded and watch the biodiversity within the Park being lost.

Olise said that Hefer had called on government to come to the aid of the park and forest reserve as illegal logging and activities of criminals within the axis were making it a no- go- area for law abiding citizens. 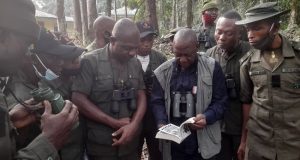 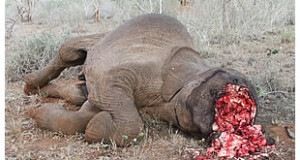