The Environmental Rights Action/Friends of the Earth Nigeria (ERA/FoEN) has described the Federal Government’s decision to further extend the gas flare-out date by International Oil Companies (IOCs) operating in the Niger Delta to year 2020 as the extension of an illegality that started with previous administrations. 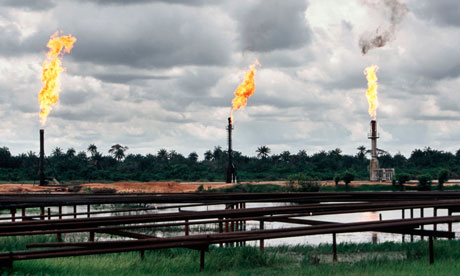 ERA/FoEN’s position is premised on media reports which indicated that the Group General Manager, Nigerian Petroleum Investment and Management Services (NAPIMS), Dafe Sajebor, and his National Petroleum Development Corporation (NPDC) counterpart, Sadler Mai-Bornu, made the pledge when they appeared before a Senate panel investigating the activities of oil and gas agencies in the country.

Both blamed government agencies for the worsening gas flaring in the country, particularly the inability to enforce payment of stipulated penalties on erring IOCs which had in turn led to increased flares. They also promised to work to achieve the 2020 date.

But in a statement by ERA/FoEN, the group said the government was setting new deadlines on flare-out and bowing to IOCs pressure “in breach” as a subsisting deadline exists which must be adhered to by Shell and other oil corporations still flaring in the Delta.

ALSO READ:  For the umpteenth time, oil spill in Kalaba

ERA/FoEN Executive Director, Godwin Uyi Ojo, said: “While we welcome every effort to make the IOCs obey our laws to the letter, the federal government is in-avertedly creating an atmosphere that will allow the corporations to continue the obnoxious practice”

Ojo insisted that while the practice in most parts of the world is to harness associated gas for productive purposes so that very little is vented or flared, the IOCs operating in the Niger Delta have latched on to the un-seriousness of successive administrations in the country that permitted extensions of flaring, to make a nonsense of the nation and the people of the Niger Delta that are chiefly impacted.

“The Niger Delta today is dotted with gas flares of varying sizes and intensity that burn 24 hours every day, every day of each month, and every month of each year for several decades. Not only is the nation losing revenue, experts have calculated that some 45.8 billion kilowatts of heat are discharged into the atmosphere of the Niger Delta from flaring over 1.8 billion cubic feet of gas every day.”

The ERA/FoEN boss stressed that the roaring flames very often in close proximity to homes pose both physical and psychological dangers and constitutes a violation of the human rights of the people.

“We are not satisfied with this attempt to allow the IOCs continue playing yoyo with the lives of our people. They are very comfortable paying the meagre fines imposed on them. Nigerians are fully aware that the same companies committed to extinguishing all flares by 2008 after breaching the 1979, 1984, 2007 and 2008 deadlines. Unfortunately, government policy statements have varied till date on the flare out issue.”

Going further, he remarked: “Gas flaring is a violation of the fundamental right to life and healthy environment of local communities. This much was asserted by stand by retired Justice V. C. Nwokorie in a judgment brought against Shell by the Iwherekan Community in Delta State, on the company’s continued flaring in the community.  At a Federal High court sitting in Benin on November 14th 2005, Nwokorie had ordered Shell to stop gas flaring in Iwherekan by April 2007, saying it violates the fundamental right to life and dignity. We stand by that ruling.”

“Our position is that the current administration rolled out well with initiatives like the $10 million take-off grant for clean-up of Ogoniland. It must not allow itself to be led by the nose by the IOCs. The deadline on gas flaring must be enforced immediately. Extending the flare-out date is an extension of illegality. We do not support this,” Ojo insisted. 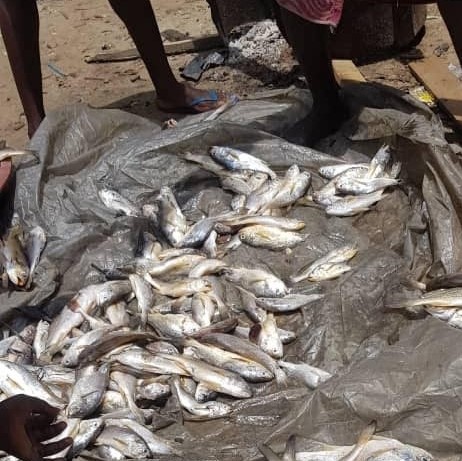 Community people, environmentalists and members of the FishNet Alliance have called on relevant regulatory agencies ...