Alongside its second-quarter results, BP announced on Tuesday, August 4, 2020 that it would cut oil and gas extraction – excluding its major share in Russian oil giant Rosneft – by 40% by 2030. This announcement comes ahead of its planned net-zero strategy update in September and a month after it wrote off billions of its reserves as stranded assets.

While still appearing to fall short of the ambition required to limit global warming to 1.5 degrees, the commitment is notably the first from a Big Oil and Gas company to recognise that significant reductions in oil and gas production must occur within this decade.

A series of recent announcements by the oil and gas majors instead focused on vague mid-century carbon intensity and net-zero targets.

Next to cutting oil and gas production, BP announced it would stop exploring for oil and gas in new countries and step up investments in “low carbon” energy, albeit while completing “the ongoing wave of major projects” in fossil fuels.

By excluding its share of Rosneft from its commitment to decline production, BP is omitting close to 30 percent of the carbon pollution associated with its extraction investments in 2019.

In response, Kelly Trout, Senior Research Analyst at Oil Change International, said: “Today BP is finally starting to heed activists’ calls to ‘Keep it in the Ground.’ The fact that BP’s new commitment represents a major step up in ambition compared to other oil and gas majors only underscores how far behind the entire sector is in acknowledging climate reality. BP has changed the game, but in a league with zero climate credibility.

“Today’s announcement is an important signal to the rest of the industry that the only credible way to cut pollution is to cut fossil fuel production. Vague promises of ambition by 2050 are meaningless without clear details on the actions oil majors will take to manage a rapid decline in extraction within this decade, the critical time frame for staying within 1.5 degrees of warming.

“BP must still go further than today’s announcement to align with the critical 1.5-degree limit. BP must take responsibility for Rosneft, for all of the carbon it invests in extracting, to legitimately claim to achieve a 40% reduction by 2030. BP must also stop investing in any new oil and gas, whilst ensuring a just transition for its workers and the communities affected by its polluting projects.

“We are looking at Shell, Total, and other oil and gas majors to follow suit with their plans to slash extraction by 2030. The oil and gas sector has enormous responsibility for the climate crisis. While it is encouraging that at least BP has seen the writing on the wall that production must fall, this is only a first step towards a total expansion ban and plan to completely phase out production in line with 1.5C.” 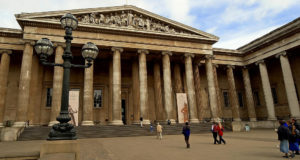