The Ogun State Government has revealed plans to begin tree planting within cities towards mitigating the effects of climate change, as well as beautifying the scenery of areas through its Urban Forestry Programme (UFP).

Commissioner for Forestry, Chief Kolawole Lawal, made this known at the flag-off of the tree-planting exercise at Federal University of Agriculture, International School, Abeokuta.

Chief Lawal said the programme was aimed at transforming the landscape of the state, especially those of cities, affirming that the ministry was partnering with Green Mobilisation Initiative (GMI), a non-governmental organisation (NGO), to plant trees in secondary schools across the state. He added that the ministry would soon embark on tree planting in public places within urban centres.

“Apart from secondary schools, we also want to take tree planting to hospitals, houses and around the towns. We just have to see that people embrace tree planting,” he said.

Coordinator of GMI, Gabriel Aborell, said the initiative, apart from the aesthetic purpose, would also educate young ones especially secondary school students on the importance of tree planting while they would also be trained on the technical knowhow of tree planting. 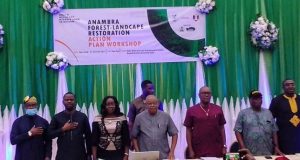 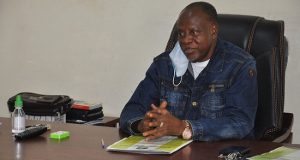 Group mobilises stakeholders to plant over 6m trees in Kaduna