September 5, 2016 Comments Off on How ocean warming is impacting species, ecosystems 2,864 Views

Ocean warming is affecting humans in direct ways and the impacts are already being felt, including effects on fish stocks and crop yields, more extreme weather events and increased risk from water-borne diseases, according to what has been called the most comprehensive review available on the issue, launched on Tuesday by the International Union for Conservation of Nature (IUCN) at the IUCN World Conservation Congress in Hawai‘i. 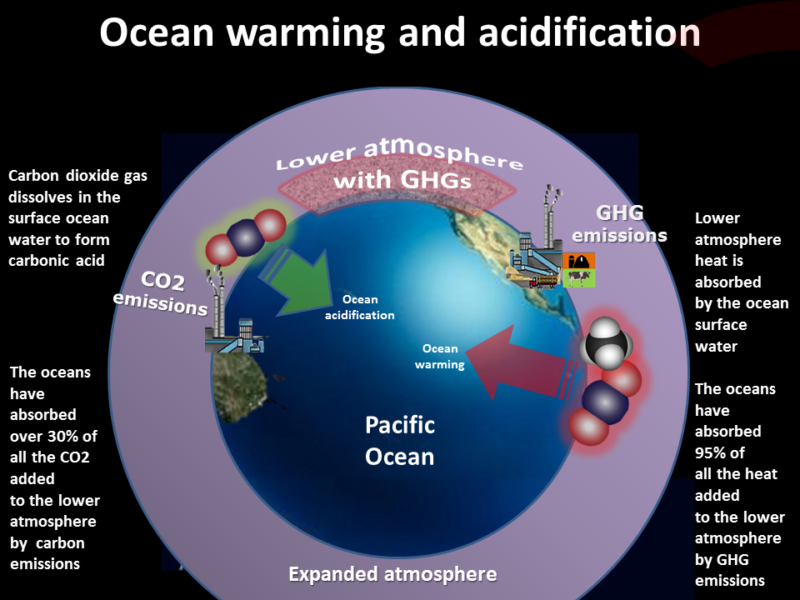 The World Ocean is by far the largest part of the climate system. Oceans hold 80% of all life. According to the IUCN, ocean warming is affecting humans in direct ways and the impacts are already being felt. Photo credit: www.climateemergencyinstitute.com

The report, titled “Explaining ocean warming: Causes, scale, effects and consequences”, reviews the effects of ocean warming on species, ecosystems and on the benefits oceans provide to humans. Compiled by 80 scientists from 12 countries, it highlights detectable scientific evidence of impacts on marine life, from microorganisms to mammals, which are likely to increase significantly even under a low emissions scenario.

“Ocean warming is one of this generation’s greatest hidden challenges – and one for which we are completely unprepared,” says IUCN Director General Inger Andersen. “The only way to preserve the rich diversity of marine life, and to safeguard the protection and resources the ocean provides us with, is to cut greenhouse gas emissions rapidly and substantially.”

Ocean warming is already affecting ecosystems from polar to tropical regions, driving entire groups of species such as plankton, jellyfish, turtles and seabirds up to 10 degrees of latitude towards the poles, causing the loss of breeding grounds for turtles and seabirds, and affecting the breeding success of marine mammals, according to the report.

By damaging fish habitats and causing fish species to move to cooler waters, warming oceans are affecting fish stocks in some areas and are expected to lead to reduced catches in tropical regions, the report states.

In East Africa and the Western Indian Ocean, for example, ocean warming has reduced the abundance of some fish species by killing parts of the coral reefs they depend on, adding to losses caused by overfishing and destructive fishing techniques. In South-East Asia, harvests from marine fisheries are expected to fall by between 10% and 30% by 2050 relative to 1970-2000, as the distributions of fish species shift, under a high “business as usual” greenhouse gas emission scenario, the report states.

“Most of the heat from human-induced warming since the 1970s – a staggering 93% – has been absorbed by the ocean, which acts as a buffer against climate change, but this comes at a price. We were astounded by the scale and extent of ocean warming effects on entire ecosystems made clear by this report,” says Dan Laffoley, Marine Vice Chair of the World Commission on Protected Areas at IUCN, and one of the lead authors.

The report also highlights evidence that ocean warming is causing increased disease in plant and animal populations, and impacting human health as pathogens spread more easily in warmer waters, including cholera-bearing bacteria and harmful algal blooms that cause neurological diseases like ciguatera.

Warming oceans are also affecting the weather, with a range of knock-on effects on humans. The number of severe hurricanes has increased at a rate of around 25-30% per degree of global warming, the report states.

Ocean warming has led to increased rainfall in mid-latitudes and monsoon areas, and less rain in various sub-tropical regions. These changes will have impacts on crop yields in important food-producing regions such as North America and India, according to the report.

The protection against climate change offered to us by oceans and their ecosystems – such as absorbing large amounts of CO2 and sheltering us from storms and erosion – is also likely to reduce as the ocean warms, according to the report.

The report’s recommendations include recognising the severity of ocean warming impacts on ocean ecosystems and the benefits they provide to humans, expanding marine protected areas, introducing legal protection for the high seas, better evaluating the social and economic risks associated with warming oceans and continuing to fill gaps in scientific knowledge, as well as cutting greenhouse gas emissions rapidly and substantially.

Ocean conservation is one of the major themes addressed by the ongoing IUCN Congress, where IUCN Members will vote on motions related to protecting the high seas and protected areas in Antarctica, among several others. 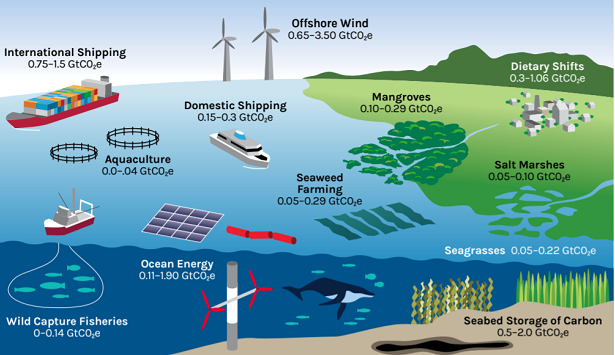