President Barack Obama of the United States on Tuesday, December 20 2016, moved to solidify his environmental legacy by withdrawing hundreds of millions of acres of federally owned land in the Arctic and Atlantic Ocean from new offshore oil and gas drilling. 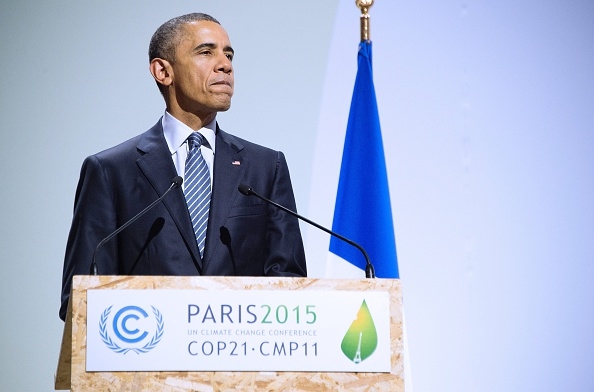 Obama used a little-known law called the Outer Continental Shelf Lands Act to protect large portions of the Chukchi and Beaufort seas in the Arctic and a string of canyons in the Atlantic stretching from Massachusetts to Virginia. In addition to a five-year moratorium already in place in the Atlantic, removing the canyons from drilling puts much of the eastern seaboard off limits to oil exploration even if companies develop plans to operate around them.

The announcement by the White House late in the afternoon was coordinated with similar steps being taken by Canadian Prime Minister Justin Trudeau to shield large areas of that nation’s Arctic waters from drilling. Neither measure affects leases already held by oil and gas companies and drilling activity in state waters.

“These actions, and Canada’s parallel actions, protect a sensitive and unique ecosystem that is unlike any other region on earth,” the White House said in a statement. “They reflect the scientific assessment that, even with the high safety standards that both our countries have put in place, the risks of an oil spill in this region are significant and our ability to clean up from a spill in the region’s harsh conditions is limited.

White House officials described their actions to make the areas off limits to future oil and gas exploration and drilling as indefinite. Officials said the withdrawals under Section 12-A of the 1953 act used by presidents dating to Dwight Eisenhower cannot be undone by an incoming president. It is not clear if a Republican-controlled Congress can rescind Obama’s action.

“There is a precedent of more than half a century of this authority being utilized by presidents of both parties,” a White House aide said. “There is no authority for subsequent presidents to un-withdraw. . . . I can’t speak to what a future Congress will do.”

“The U.S. is not acting alone today. Canada is acting to put an indefinite stop to activity in its waters as well,” the aide said. “With Canada, we send a powerful signal and reinforce our commitment to work together.”

David Rivkin, an attorney for the Baker and Hostetler law firm who served on the White House Counsel staffs of Ronald Reagan and George H.W. Bush, disagreed with the assertion that the decision cannot be overturned. “Basically I say the power to withdraw entails the power to un-withdraw,” Rivkin said, “especially if you determine the justification for the original withdrawal is no longer valid.”

A legal fight would likely follow, Rivkin said. But “it’s not clear why Congress would want to give a president tremendous authority operating only one way.”

Sen. Ted Cruz (R-Tex.) responded sharply on Twitter: “Yet another Obama abuse of power. Hopefully, on[e] that will be reversed…exactly one month from today” after Trump’s inauguration. Cruz closed his tweet with a hashtag: “Taking away Obama’s pen and phone.”

U.S. and Canadian officials have negotiated for months to reach a joint understanding on how to manage adjacent areas in the ocean in an effort to make the new protections as sweeping and politically durable as possible. Meanwhile, advocacy groups lobbied Obama to ban oil and gas leasing in the Arctic entirely.

Obama already invoked the Outer Continental Shelf Lands Act to safeguard Alaska’s Bristol Bay in 2014, and again last year to protect part of Alaska’s Arctic coast. The president has protected 125 million acres in the region in the last two years, according to a fact sheet issued by the White House.

The Beaufort and Chukchi seas are habitat for several species listed as endangered and species that are candidates for the endangered species, including the bowhead whale, fin whale, Pacific walrus and polar bear. Concern for the animals has heightened as the Arctic warms faster than anywhere else in the world and sea ice the bears use to hunt continues to melt.

The American Petroleum Institute denounced the decision. “The administration’s decision to remove key Arctic and Atlantic offshore areas from future leasing consideration ignores congressional intent, our national security, and vital, good-paying job opportunities for our shipyards, unions, and businesses of all types across the country,” said Erik Milito, the group’s Upstream director.

“Our national security depends on our ability to produce oil and natural gas here in the United States,” Milito said. “This proposal would take us in the wrong direction just as we have become world leader in production and refining of oil and natural gas and in reduction of carbon emissions.”

Contradicting the White House’s statement, Milito said George W. Bush removed previous 12-A withdrawal areas with a memorandum and made all but marine sanctuaries available for leasing. “We are hopeful the incoming administration will reverse this decision as the nation continues to need a robust strategy for developing offshore and onshore energy,” he said.

But a wide range of conservation groups hailed the decision. League of Conservation Voters President Gene Karpinski called it “an incredible holiday gift,” saying that “an oil spill in these pristine waters would be devastating to the wildlife and people who live in the region.”

Rhea Suh, president of the Natural Resources Defense Council, called it “a historic victory in our fight to save our Arctic and Atlantic waters, marine life, coastal communities and all they support.” Carter Roberts, president and chief executive of the World Wildlife Fund, applauded what he called “a bold decision” that “signals some places are just too important not to protect.”

ALSO READ:  Why we should all be environmentalists

Oil production in the Arctic represents a tenth of one percent of the nation’s oil production overall, the White House said. The area is so sensitive and so remote that the economics of exploration is costly.

Shell, which said in September 2015 that it would shelve drilling plans after spending $7 billion and not finding significant amounts of oil, still has one remaining lease in the Chukchi Sea where it drilled a well earlier last year. Shell is also part of a joint venture with Italian oil giant ENI and Spanish firm Repsol in the Beaufort Sea that holds 13 leases.

Shell held other leases in the Beaufort Sea, which the company transferred to the Arctic Slope Regional Corp., a company belonging to the Native Americans in the region.

An earlier plan to allow limited drilling off the Atlantic coast was shelved after state governments along the southern Atlantic coasts – including Virginia, North Carolina, South Carolina and Georgia – expressed worries over the effect on their beaches, tourist industry and environmentally sensitive marsh.

Live training exercises are conducted off the Atlantic coast, “from unit level training to major joint service and fleet exercises,” Allen said in a statement. “These live training events are fundamental to the ability of our airmen, sailors, and marines to attain and sustain the highest levels of military readiness.”

The Obama administration eventually closed the Atlantic to drilling for five years.

President-elect Donald Trump could counter Obama’s plan with his own five-year plan, but even so it would be years before drilling could start.

The president-elect’s authority to undo a permanent prohibition is unclear. But Congress, controlled by Republicans, could move to rescind the withdrawal of federal lands from oil and gas exploration.

By Darryl Fears and Juliet Eilperin (The Washington Post)

Like Loading...
2016-12-23
admin
Previous: How firms boosted COP22
Next: Challenges of waste disposal in Lagos this Yuletide