African civil society groups and climate activists have called for extensive clarifications on how African countries and especially indigenous grassroots communities can access funding to adapt to climate change and pursue green growth. 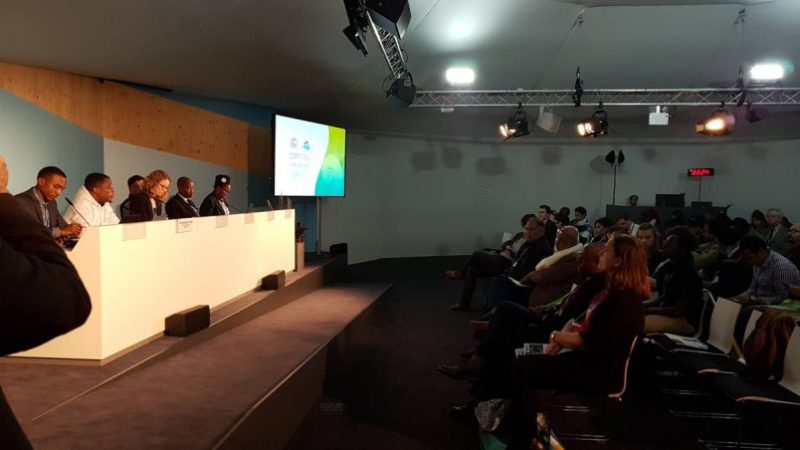 “But accessing these funds by African countries and indigenous communities is still an uphill tasks and we think COP23 is the place for the right decisions and engagements to be taken,’’ Julius said.

Other African representatives said climate impacts are multiplying in many developing nations underlining the need to protect vulnerable states from rising risks of extreme weather.

“We listen and watch with horror weather extremes in many African and Asian countries and we know that the impacts of climate change are ravaging mostly the vulnerable grassroots communities with attendant loss of lives, property and means of livelihood. Accessing finances for adaptation in these countries have become very urgent, thus the need for flexibility, and clarity on the Green Climate Fund (GCF) process,” said  Jean Paul Brice Affana, Policy Advisor, Climate Finance and Development, German Watch.

African civil society say that for this to happen, a multi-stakeholder mobilisation and participation in the GCF process is imperative.

According to Dr. Curtis Deobbler, representative, International Youth and Student Movement for the United Nations, participation of the different stakeholders in the GCF process will not only ensure transparency but will provide the opportunity for full engagement of grassroots communities via civil society organisations.

“Though the Green Climate Fund promises to be the most ambitious in the fight against climate change, there is need to ensure total transparency and equity in access to the funds. This can best be ensured with the participation of grassroots communities, represented by civil society, at all levels of the process,” Curtis said.

He said there is need to recognise the role of civil society in accountability at national level where they consult with implementing entities and are versed with local best practices.

The GCF accordingly is intended to be the major conduit for funding to flow from wealthy economies built on fossil fuels to those that will suffer most from climate change they did not cause. Experts say it aims at being the most ambitious step in the fight against climate change.

“It is a very important step forward in the global effort to fight climate change,” Dr. Curtis Deobbler said.

Many developing countries have indicated that their commitments to cut emissions are conditional on support from wealthy nations but the funds are coming at a very slow pace, the African civil society has said. The developed world has agreed that poor countries should receive $100 billion a year by 2020, but have so far pledged just $10.2 bilion to the GCF, PACJA noted.

The COP23 in Bonn, CSOs say, is expected to be more about UN house-keeping than grandstanding with many of its conclusions being technical and businesslike, designed to make the process of cutting greenhouse gas emissions work better, rather than announcing new goals or targets.

They called on the UNFCCC to recognise the role of the civil society in accountability and the need to get them participate at all levels of the process, as the voice of the grassroots communities.