Women in Benue State have been identified for being heavily involved in agriculture and taking decisions on how to sell the produce, especially cassava and rice. 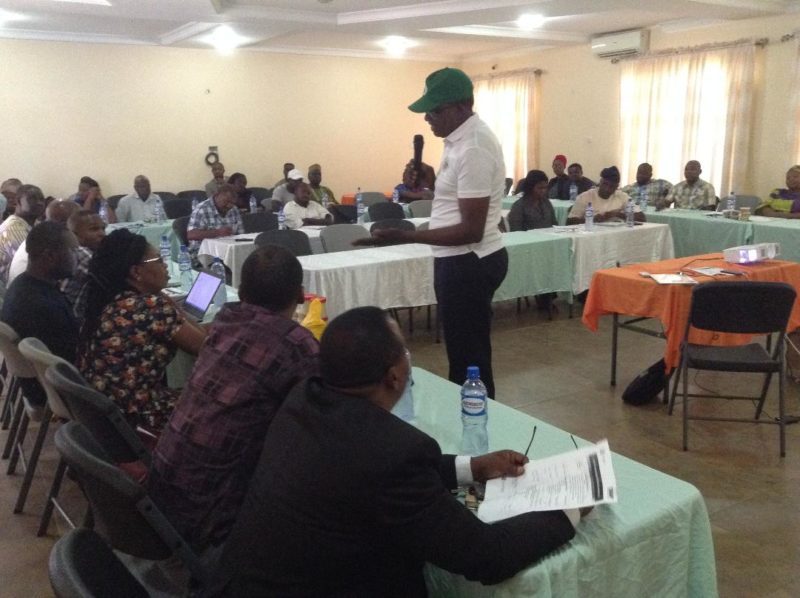 Participants during a presentation at the meeting

This was made known by the Research Cordinator, Techno-Serve, Mr Michael Falade, in his presentation of a 2017 Techno-Serve survey of 422 farmers, basically women, in 14 local government areas in the state, at the monthly Agricultural Visionary Group (AVG)/Agricultural Innovation Group (AIG) Stakeholders Meeting held on Friday, November 10, 2017 in Makurdi, the state capital.

However, he maintained that it was discovered that although women participate in decision making regarding households earnings, their involvement is still low.

To this end, he called on the society to start considering changing cultural beliefs and practices as it affects women and give them little more rights.

Stressing further, Mr Falade said, “Considering that female farmers are under served by government extension services and face challenges which include, poor record keeping, lack of access to inputs, delayed release of funds for agriculture and inadequate off-takers among others, they need to be supported in order to strengthen the agricultural system.”

Earlier, Benue Team Lead, Synergos, Mr Michael Agon, sued for the strengthening of the agricultural system by establishing stakeholder working groups and build the capacity of key public and private sector agricultural stakeholders to perform, solve, mobilise resources and implement improvement initiatives in the state. He added that women in agriculture in the state should be encouraged.

A cross section of participants lamented that accessing funds for agriculture from institutions such as Bank of Agriculture (BoA) and Bank of Industries  (BoI) is difficult, which is why most farmers, especially women do not join farmers cooperatives because they don’t want to waste time in pursuing funds that take ages to be accessed.

They added that, those in the system, especially policy makers, should ensure that the real farmers gain from the available funds and not accidental ones.