In his opening remarks at a dialogue on genetically modified organisms (GMOs) and the state of biosafety that had medical practitioners in attendance in Abuja on Tuesday, June 29, 2021, Nnimmo Bassey, Director, Health of Mother Earth Foundation (HOMEF), expressed concern about the safety of the GM beans recently unveiled in Nigeria, saying that the implication of eating a seed engineered to kill a pest is that the consumer is eating a pesticide

Food and nutrition are key to human health. We strive to ensure that we have nutritious foods and that the seeds from which we produce these foods are free from contamination and do not pose a threat to our biodiversity. It is a fact that biodiversity is key to food sovereignty as we work to ensure food security. Food Sovereignty is achieved when we have the freedom to maintain our seeds/foods and cultivate and consume them in ways that are culturally appropriate and safe.

In a recent Right Livelihood lecture (hosted by the University of Port Harcourt Campus), Prof Hans Herren stressed that African farmers could nourish the continent if certain basic conditions are met. The production of nutritious food is best assured through the cultivation of crops with methods that are in harmony with nature. This means using biological means of protecting crops and using organic fertilizers rather than toxic pesticides and chemical fertilisers.

Healthy foods are more likely going to be produced when the farmers are not only concerned with profit maximisation but aim to get nutritious foods to the market.  Herren also stressed that when there is a healthy between farmers and consumers, the dietary choices of consumers tend to shape farmers’ choices. In such a situation the best pathway is agroecology – an agricultural system that is both socio-culturally appropriate and ecologically healthy.

In considering nutrition and food safety, we cannot afford to ignore the smallholder farmers who are those feeding us and the entire world today. We often tend to look down on subsistence farming because it is not wedded to the agribusiness web. This notion is indefensible if we accept the fact that 70 percent of the food that we eat comes from these farmers who use a mere 30 percent of the resources available in the sector. An understanding of the key role these farmers play, and the fact that most of our people make a living from smallholder farming, requires that governments invest resources to shore up the efforts of our farmers.

Smallholder farming needs to be consciously integrated into our farming system to achieve sustainable agriculture and food security. This farming system protects the three dimensions of sustainability – the ecology, society, and economy of people.

To achieve this, there is a need to preserve the diversity of crops and varieties that provide the nutrition that we need for good health. This requires the protection of farmer-saved seeds and protection of varieties that local farmers have selected and developed over the centuries. The implication of this is that the whittling down of varieties due to commercial and related narrow interests must be rejected.

The point is that there are over 3000 crops that can be farmed in Africa, but farmers have been pushed into farming just a few varieties to the detriment of our peoples. Today we see increasing pressures for the adoption of genetically modified crops in Africa. These crops are mostly genetically engineered to withstand dangerous herbicides which kill other varieties except the engineered ones.

The basic fact here is that the crops serve the interests of the chemical companies who concentrate their power of control over the sector and expose farmers and consumers to harm. Other crops are genetically engineered to act as pesticides and kill identified pests that would otherwise attack the crop or seeds. Examples include Bt Cotton and Bt Cowpea or beans.

The implication of eating a seed engineered to kill a pest is that you are eating a pesticide. The plan to distribute these pesticidal beans to 8 million unsuspecting Nigerian farmers shows a lack of willingness to examine the issues around GM beans and other foods holistically. It is important to note that this will spell the death knell for choice as no one will label to beans sold in our largely informal markets. The right of choice is a fundamental right.

The hope of dominating the Nigerian and African markets and generating billions of US dollars is bound to turn a pipe dream as nations who do not endorse genetically modified crops will not accept the beans unless we wish to further make capital on the opacity in the handling and trading of these and other seeds. Needless to add that most of Europe will be closed to these beans. Bottom line is that Nigerians and Africans are being cooked by the promoters of these crops with fantastic unproven statistical promises.

There are more cosmetic reasons for genetically engineering crops, fish, and other animals, but those are not our focus today. We wish to stress the failure of genetically engineered crops to pass the sustainability test and emphasize the fact that they derogate our right to safe and wholesome food. Crops that pass the sustainability test, should protect soils and biodiversity as well as the quality of life of farmers, consumers, and society at large.

Thousands of lawsuits have been instituted in the USA and Europe against Monsanto (and Bayer who bought up the company) over their glyphosate-based herbicides. Glyphosate, an active ingredient in the herbicides used on several herbicide tolerant crops have been classified as a probable human carcinogen by the International Agency for Research on Cancer (IARC). It is also reported that animal studies have shown such herbicides to be genotoxic, meaning they damage the DNA. They are also known to be endocrine disruptors.

Glyphosate based herbicide applications are also known to alter soil microbe populations, and this may contribute to the proliferation of plant and animal pathogens, and negatively impact plant growth and productivity. These chemicals are harmful to soils beyond the plants that farmers may consider to be weeds. A recent report also showed that aquatic creatures exposed to glyphosate-based herbicides have suffered deformities and had oxidative stress in the brain.

One point that must be noted is that genetic engineering in agriculture ignores the fact of the interdependence of species in the webs of life. While they aim to protect one crop, for instance, they end up destroying several others and destroy soil microorganisms as well. A similar situation occurs with pesticidal crops. They kill both target and non-target varieties. The practice of chemical-based agriculture has led to the decimation of butterflies, bees, and other pollinators, thus posing a serious threat to future food supply and the health of our ecosystems.

Responsible use of technology in agriculture requires that we keep careful watch on their effect on human and environmental health. We also need to consider the fact that technologies that promote monoculture and erode our biodiversity are not sustainable and must be avoided in a world that is almost at the brink of ecological collapse. We cannot afford to make a fetish of techno fixes or consider them to be silver bullets. Newer versions of genetic engineering are capable of directly driving species extinction. The implication is that such technologies are tools for ecocide and a moratorium should be placed on their application.

The arguments used in the promotion of genetically engineered crops do not hold water. The argument that we need GMOs to be able to produce enough food for a growing global population is a myth. GMOs have not led to an increase of food production since their introduction over 20 years ago. In any case, about 30 percent of the food currently produced in the world today goes to waste.

In Nigeria, a high percentage of harvests do not make it to the market or to dining tables due to a dearth of storage or processing facilities. When we throw insecurity into the mix of adverse factors it becomes even clearer that we open a space for manipulations that can complicate our security concerns simply because we are yielding to commercial myths. 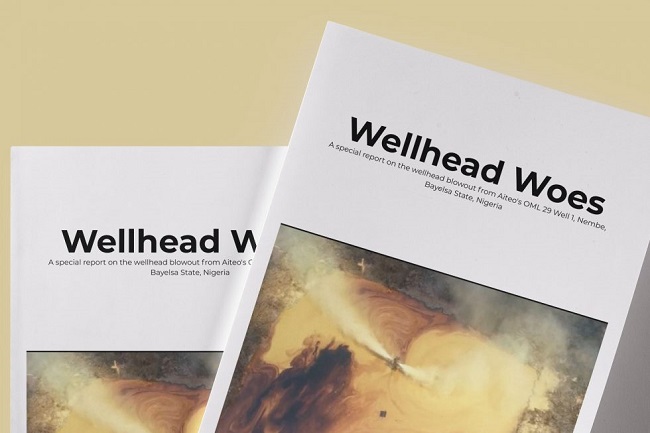 Hundreds of well blowouts have been reported during the history of the oil and gas ...