The Director-General of the Nigerian Meteorological Agency (NiMet), Prof. Sani Mashi, has inaugurated a weather observation station at the Kaduna State University (KASU).

Speaking at the inauguration ceremony, on Wednesday, March 10, 2021 in Kaduna, the director-general described the weather as a single variable that affected everybody, irrespective of occupation, gender or other variables.

“There is no person on earth that is not affected by the weather condition, irrespective of his or her occupation, gender, religion and other variables, no matter who you are, the condition of weather must affect you.

“Because of the condition of the weather, it means everybody needs to understand how the weather is at every time,” he said.

Mashi said that for proper understanding of the weather conditions, there was the need to have the necessary instruments kept in a weather station, to be used in measuring the conditions.

“This is why the World Meteorological Organisation suggests that within every 100 square kilometres there should be at least one weather station.”

According to him, a weather station is needed in all educational institutions, because it is where the country’s manpower is being trained.

“This manpower can be capacities, such as teachers, engineers, environmental managers, doctors and many others, who need to have adequate information about meteorology and this is why the station is provided here in KASU.

“The station is built here so that the students can appreciate the value of meteorology and the teachers will also make use of it for meteorological information, for better teaching and conducting researches, for impacting positively to the environment.”

The director general called on the relevant authorities to facilitate the study of meteorology at undergraduate level in KASU, to enable proper and wide-ranging studies in the field.

“Geography is generally like a consumer of meteorology, while meteorology is a discipline that specialises mainly in the measurement of the major parameters of the weather.

“It is actually a meteorologist that should carry out the measurement that will be used by a geographer to solve the problems of the environment, degrees in meteorology are also much needed in training Nigerians on the act of measuring the various variables of the weather,” the director-general said.

Earlier, the Vice Chancellor of KASU, Prof. Muhammad Tanko, said in his speech that the university was founded in 2004 with the cardinal objective of providing quality tertiary education and community development services.

Since then, Tanko explained that KASU had expanded its activities in tandem with the local educational and skills demands needed to meet up with the highly competitive global space.

“The university has been working hard to establish collaborations both nationally and internationally.

“One of the most important outcomes of this work is the signing of an MoU with NiMet in 2019 which culminated into the establishment of the weather observatory station that will be commissioned today.”

Tanko added that the weather observatory station, equipped with state-of-the-art equipment, was fully sponsored by NiMet and had since become operational.

He reiterated KASU’s commitment in extending the relationship with NiMet to other areas of mutual interest and appealed to the director-general for the continuous implementation of the MoU, especially in the area of staff training.

“Also, the university will soon come forward with more requests for the improvement of meteorology related studies in our university,” he said.

He thanked the director-general for the gesture and his administration for supporting numerous academic institutions across the country.

Tanko assured that the weather station would be utilised effectively for research and academic training, for both undergraduate and post graduate studies.

Dr Yusuf Saleh, Head of Geography Department at KASU, said they had waited for the weather observation station for a long time, stressing that the commissioning was a remarkable achievement of the MoU signed with NiMet.

He added that the station was key to the study of Geography, noting that weather data was usually difficult and expensive to generate, but it would become easier for the students with the provision of the station. 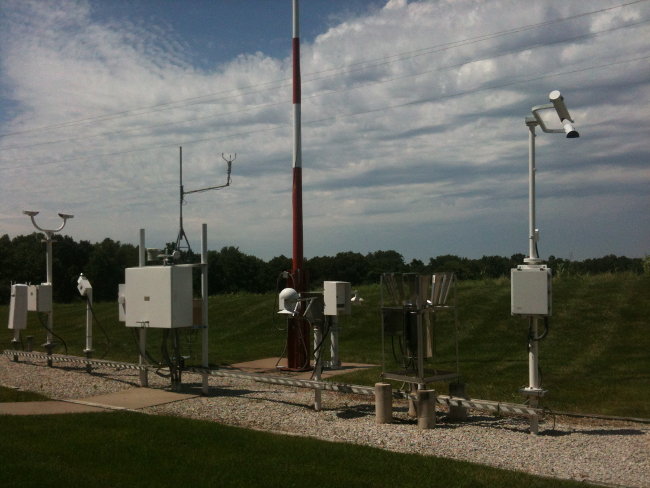