The arresting headline in the June 3, 2016 edition of EnviroNews titled “Housing crisis looms with 17 million deficit,” must have scared the hell out of readers, nay other compatriots at this time when Nigeria is fighting so many wars both declared or undeclared. From Boko Haram to the Niger Delta Avengers coupled with the problems of corruption, kidnapping, economic recession, epileptic power supply and looted treasury. 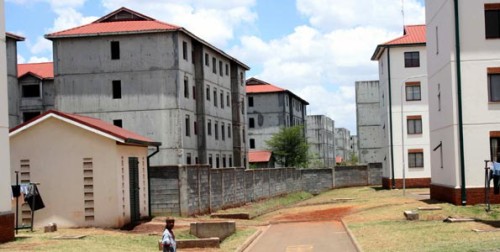 The housing deficit figure was revealed at the 35th Annual General Meeting and International Symposium of Shelter Afrique held at the Transcorp Hilton Hotel, Abuja on June 1, 2016. It was contained in the opening address of President Muhammadu Buhari at the event, who innocently might not know the source of the figure he presented to the attendees of the Symposium. The President was just doing an obligated state duty, which protocol demands during such international event. This piece will focus on the fact and fallacy of Nigeria’s housing crisis.

As alarming as the figure of 17 million housing deficit is, one may be tempted to ask: From what source it is? How was the figure arrived at? Was any research done? Who or which institution spearheaded the study? I am asking these relevant questions as a result of my personal experience. This writer was a modest key player in the generation and dissemination housing data and ancillary information in Nigeria by virtue of my position as the pioneer Secretary of the Housing Policy Council (HPC), which was established in 1991 as a “specific-purpose” Council in the defunct Federal Ministry of Works and Housing. The HPC was a product of part of the recommendations contained in the operative 1991National Housing Policy. That policy recommended that HPC as a Council, be established for the purpose of monitoring and evaluation of housing policy implementation; and to give an annual report of its stewardship to the National Council on Housing – an apex body made up of all the Commissioners of Housing in all the 36 states of the Federation and the Federal Capital Territory (FCT). The body meets annually to brainstorm on housing, land and urban development in Nigeria and makes policy recommendation to the Federal Government for its consideration.

Part of HPC mandate was to establish a National Housing Data Bank for the country. As important as this assignment is in terms of generating data on housing through a detailed census that would reveal the quality and quantity, occupancy ratio and other pertinent variables for the housing census in Nigeria, the response the HPC got from majority of the states was poor and discouraging. Only very few states provided skeletal information while others simply did not respond to the questionnaires sent to them. Most of the states were either uncooperative or were naïve of how to provide the information/data asked for. When most micro institutions at the state level cannot provide housing data as input to the proposed National Housing Data Bank, it hampers the effort of the HPC to generate accurate and quality data on housing, which can be used for planning purpose and reliable statistics that agencies of government can co-use where applicable.  The statistical figures being bandied around as housing deficit are figures that could not be supported with verifiable data.

It is a pity that the government that wants to improve the country’s housing situation, most especially for the low-income people, is not ready to fund most of the institutions responsible for research and data collection for planning purpose. The Nigerian Institute of Social and Economic Research (NISER) staffed by very brilliant Researchers has been left comatose and inactive due to acute underfunding. The Institute was on course when it started to collect data on “housing starts” circa 1990s as part of the foundation to creating reliable statistics on the number of houses built yearly in the country. The laudable effort by NISER was short-lived because the capital-intensive project was starved of funds and the idea was abruptly abandoned in less than three years, good as the initiative was. Many of the Researchers became frustrated and in wont of greener pastures abroad, many left the country.

The case is not different from what obtains at the Nigerian Building and Roads Research Institute (NBRRI), which exists in name now due to redundancy in building materials research attenuated by low operational budget. The Housing Policy Council was deliberately killed by the very mother (figuratively speaking) that midwifes its birth. As I write, the Federal Ministry of Lands, Housing and Urban Development has not thought it wise to re-establish the HPC despite its necessity and in line with the provision of the extant National Housing Policy, which recommends the resuscitation of the Council. In essence, government shares a chunk of the blame for not financially supportive of the Institutions it created, in order to enhance effective job performance of these institutions. Without reliable data, it is near impossible to determine the country’s housing requirement and how to develop a Housing Plan to meet such need.

The rate at which Housing Policy is changed from one administration to the other in Nigeria is a counter-productive. From 1981-2014, a period of 33 years, the country had 5 different National Housing Policy documents, which on the average translates to one policy every six years! The ideal timeframe for housing policy review should be every 10 years when it could be reasonably determined the impact of such policy. But that is not the case in this instance.

Once a new administration comes into office and a new Federal Minister of Housing is appointed, his/her preoccupation is to formulate a new Housing Policy for the country, regardless of the merit of an existing policy he/she met in office. Often misguided by self-interest ministry officials, the Minister will be ill-advised to set up a Committee to formulate a new Housing Policy, which in the end would produce copycat (evidently plagiarised) of the old one. Such document is like identical twins born from one fertilised egg. The same strategies would be recommended for housing finance, land management, institutional framework, production of local building materials, low-income housing, public-private partnership etc. In addition to this, every minister wants to initiate a National Housing Programme, which entails the involvement of government in direct construction of housing contrary to the provision of the housing policy that stipulates non-involvement of government in direct housing construction.

Without any measure of proper policy evaluation to determine how effective its implementation in all the areas of housing components (land, finance, building materials, institutional framework, research etc), it will just be a wild goose chase trying to solve the nation’s housing problems as daunting as they are. It is not the frequency of policy change that would cause increase in housing supply in the country, but sincere implementation of whatever strategies the policy recommends regardless of whether such policy is old or new. This is an honest advice any Minister of Housing should take to heart. There is nothing wrong in pursuing the housing policy objectives of your predecessor in office using the subsisting policy as a guide. But where it is necessary, the policy’s grey area can be fine-tuned without reinventing the wheel.

Nigeria has a daunting housing deficit, the accurate figure of which is yet to be properly and scientifically determined. The current figure given is just a tip of the iceberg as alarming as it is. Until government changes its fire brigade approach to closing the gap between housing supply and demand, it cannot make the desirable impact in the sector. The change must start from the quality and honesty of advice government officials give to the administration. This leads me to the wrong step taken in the past of not allowing National Housing Policy to endure for a reasonable timeframe before it is prematurely reviewed and a new one is formulated. Any subsisting housing policy of government has what it takes to ameliorating the country’s housing crisis, but lack of continuity and faith or rather a deliberate attitude not to implement what the policy recommends, has been the bane of Nigeria’s housing crisis. Such negative attitude must change in this era of change. 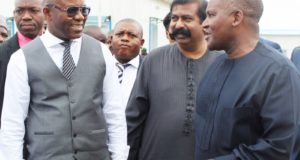 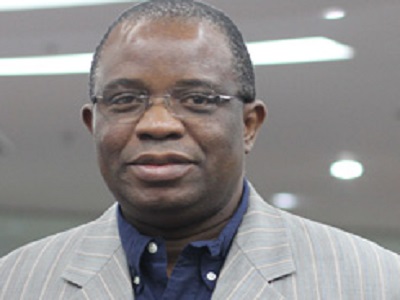