Journalists, especially online publishers, have been urged to be citizen-centred as they continue to serve as watchdogs for the good of the country.

They were also advised to remain as independent monitors of those in power.

This call was made on Thursday, October 15, 2020 by the Consul-General of Nigeria in New York, Ben Okoyen, when he delivered his goodwill message to the virtual Annual General Meeting of the Guild of Corporate Online Publishers (GOCOP).

The Consul-General advised that in order to carry out such duties, it was important for journalists to continue to be reliable.

He added: “Your focus and loyalty must be towards the citizen.

Okoyen said those in power also rely on reports by the media, therefore journalists must portray the truth always.

He urged media practitioners to always verify their reports and avoid one-sided stories.

Speaking earlier, Jonathan Rozen of the Committee to Protect Journalists (CPJ), noted that the Nigerian media has been incredibly dynamic and daring.

No doubt, he said, there is vibrant journalism going on in Nigeria.

However, he noted that there is ongoing threat to online journalism, which is consistent with the crackdown on the mainstream media.

Rozen identified, among others, the Cyber Crime Act being used to target the media.

He listed some of the journalists and online publishers who have fallen victim of official harassment over the years in Nigeria.

He suggested that, going forward, there was the need for broad international solidarity to champion the cause of freedom for journalists.

Addressing the GOCOP’s virtual AGM, Ramon Nasir, Head of Communications, United Bank for Africa (UBA) Plc, said the fact that the Guild has chosen to hold the meeting despite the odds arising from the COVID-19 pandemic was evidence of the seriousness of the group.

Ramon commended the professionalism of GOCOP members, saying they have held on to the ethics of the profession by ensuring balanced reports.

He said the presence of CPJ, and other guests was an indication that the association was willing to brighten the future of its members.

In his opening address earlier, GOCOP President, Dotun Oladipo, noted that this year’s AGM was unusual because of the times we live in.

Oladipo said it was the COVID-19 pandemic that made it impossible for the Guild to hold its usual two-day AGM.

Fortunately, the GOPCOP President said, none of the Guild’s members was lost to the pandemic.

Also present at the pre-AGM session were the Head of the Corporate Communications Department of Zenith Bank Plc, Sunday Enebeli-Uzor; and a representative of the Nigeria Liquefied Natural Gas Limited. After the opening session, the AGM proper was held virtually and issues relevant to the association were discussed. 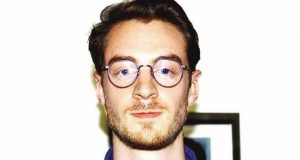 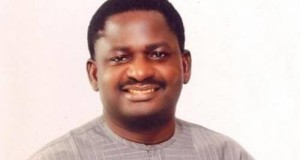