Nigeria’s Prof. Lawrence Folajimi Awosika has been re-elected as the Chairman of the United Nations Commission on the Limits of the Continental Shelf (UN CLCS) for a five-year term. 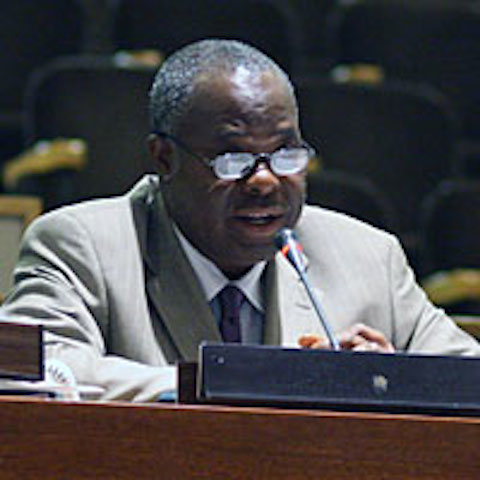 The 68-year-old Nigerian from Ondo State will chair the panel till 2022.

Awosika polled 154 out of 157 votes to emerge Chair of the prestigious 21-person UN scientific body.

The CLCS is the UN body that decides what portions of the seabed can be exclusively mined for natural resources such as oil, precious metals and minerals.

Awosika, first elected into the Commission in 1997 as a member, was elected chairman in 2012.

Fielding candidates for CLCS would require the country’s permanent mission to the UN, in this instance, Nigeria’s Permanent Mission.

Apart from signalling prestige, a membership of the commission allows Nigeria to gauge the scientific strength of claims by countries to parts of the seabed that, like territorial waters, are often hard to demarcate.

Such information is privy only to participants, the News Agency of Nigeria (NAN) gathered.

Awosika was a one-time Director and Head, Marine Geology, Geophysics Department of the Nigerian Institute for Oceanography and Marine Research.

He was born on July 27, 1949 in Ondo and attended Aquinas College, Akure in Ondo State, Nigeria from 1964 to 1968, where he made a Grade One in the West African School Certificate.

Awosika’s resounding victory to lead the Commission is seen as a “feather” for Nigeria and Africa, as no black or African has ever won the chairmanship of the Commission, according to information obtained by NAN.

The Nigerian UN official is seen as uniquely aware of the geography and geology of Nigeria’s terrain.

Hence his re-election was strongly supported by the Federal Government to consistently and effectively oversee the progressive position of the country’s CLCS.

NAN reports that the Commission had 21 vacant seats and, based on geographical spread, five seats were allocated to the African Group: Madagascar, Kenya, Nigeria, Cameroon and Angola.

However, Africa was later given an additional seat because there is a “floating seat” that goes to either Africa or Western Europe or Latin America and the Caribbean Group.

As the regions already had their candidates filled, that “floating seat” went to Africa, making a total of six candidates for the continent.

NAN also reports that Awosika’s re-election was not without a challenge as Ghana made initial frantic efforts to contest the seat with Nigeria by fielding a candidate.

However, negotiations skills were deployed by the Permanent Mission of Nigeria while the African Union also waded in to avoid an embarrassment for Africa.

Consequently, Ghana withdrew its candidature following AU’s mediation, thereby, allowing the Nigeria’s candidate for the seat a smooth sail by being returned unopposed.

Previous: Federal varsity embarks on tree planting campaign to promote eco-friendliness
Next: 100 airports in Europe to become carbon neutral by 2030