Enthusiasm is running high that the Nigerian media is committed to the professional and ethical coverage of the 2019 elections. 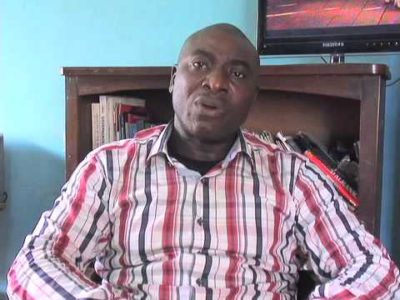 This is as a result of the growing number of media outfits endorsing the Nigerian Media Code of Election Coverage (Revised edition 2018), which underlines a common chord in the industry for self-regulation and checking of excesses.

The Code will be launched in Abuja, Nigeria on June 22, 2018 as part of the activities of the World Congress of the International Press Institute.

A statement by Lanre Arogundade, Director of International Press Centre, said about 80 media outfits have so far endorsed the Code, including professional groups and associations, the broadcast media, newspapers, online news mediums and support groups.

The Code, a revised edition of the 2014/2015 Nigerian Media Code of Election Coverage, was recently validated by media stakeholders.

Arogundade said the Code have been okayed by the Newspapers Proprietors Association of Nigeria, Broadcasting Organisation of Nigeria, Nigeria Union of Journalists, Nigerian Guild of Editors, Radio Television And Theatre Arts Workers Union and the Guild of Corporate Online Publishers.

He said it was encouraging that prominent media establishments that have so far endorsed the Code include Channels Television, AIT, RAYPOWER Radio, the News Agency of Nigeria and the following newspapers: Vanguard, ThisDay, Daily Trust, The Guardian, The Sun, Leadership, The Nation,  Premium Times, The Cable, The Eagle Online, EnviroNews Nigeria, Business Eye magazine and The News Magazine.

Arogundade also said it was gratifying that 55 members of the Guild of Corporate Online Publishers, who publish online, have endorsed the Code as well as the Nigerian Institute of Journalism and the Association of Communication Scholars and Professionals of Nigeria.

Media support groups promoting media development, independence and professionalism that have endorsed the Code have also been impressive.

Arogundade expressed the hope that the number of organisations endorsing the Code would increase before the public launch and presentation next week.

“We are particularly elated at the kind of responses we are getting from many media organisations that have either endorsed or expressed interest in endorsing the Code,” he said.

Essentially, the Code provides guidelines for the ethical conduct of journalists and their respective organisations in the coverage of elections.

This obligation, according to the Code, “entails the performance of oversight, public education, open forum and conflict management roles by the media during elections”.

The Code also says in its preamble that the “effective performance of these important roles requires the observance of the highest standards of professionalism, maximum compliance with regulatory frameworks and deference to the public good and interest”.

It therefore says that “it is desirable to have a set of guidelines that regulates the professional and ethical conduct of the media and journalists during elections” and enjoins practitioners that “compliance with the guidelines will contribute to the conduct of credible elections and corresponding social order”.

Among others, the Code provides for a section to regulate Hate Speech and other forms of incitement, which according to it, “could lead to violence and threaten the democratic fabric of a society”.

It added: “The social obligations of the media during elections therefore include the prevention of hate speech.”

Arogundade stated that the revision, publication and dissemination of the Code is one of the activities being undertaken by IPC under Component 4b: Support to the media of the EU Support to Democratic Governance in Nigeria project, which seeks to build a professional media as catalysts of democratic accountability, credible elections and good governance.

Twenty thousand copies of the updated code shall be produced and disseminated to journalists for use ahead of the 2019 general elections.