July 29, 2020 Comments Off on Nigeria, UN, others launch projects to fight trafficking in persons 470 Views

On the eve of the World Day Against Trafficking in Persons, the United Nations Office on Drugs and Crime (UNODC), the International Organisation for Migration (IOM) and ARK, with the support of the governments of Canada and Switzerland and jointly with the National Agency for the Prohibition of Trafficking in Persons (NAPTIP) and the Nigeria Immigration Service (NIS) launched four new projects to strengthen the response to trafficking in persons and smuggling of migrants in Nigeria.

Funded by the Government of Canada, three of the projects aim to strengthen the data and intelligence collection and analysis capabilities of NIS and NAPTIP, enhance border protection and management and bolster effective communications on the risks of irregular migration and trafficking in persons.

With the support of the Government of Switzerland, UNODC and NAPTIP, the fourth project seeks to improve the national policy framework against trafficking in persons, through the development of new National Action Plan against Trafficking in Persons for the 2021-2025 period.

The four projects were officially launched on Wednesday, July 29, 2020 during an online event gathering the Director-General of NAPTIP, the Comptroller-General of the NIS, high-level officials from the United Nations system in Nigeria, representatives from ARK and the governments of Canada and Switzerland. Other Nigerian ministries, departments and agencies active in the fight against trafficking in persons and smuggling of migrants were also present, as well as members from the international community in Nigeria and civil society organisations.

“We would like to thank the Governments of Canada, Nigeria and Switzerland on their cooperation in making these projects possible in a time when urgent action is required to pre-empt that thousands, if not hundreds of thousands, of Nigerians choose the perilous path of irregular migration or fall prey to the false promises of human traffickers,” Mr. Kallon said.

Mr. Paul Gibbard, High Commissioner of Canada to Nigeria, said: ‘’The Government of Canada values its partnership with the Government of Nigeria and is pleased that our countries are working with the International Organization for Migration, the United Nations Office for Drugs and Crime, and ARK to improve the management of migration, to disrupt transnational criminal networks that prey on vulnerable people, and to deter irregular migration and its negative impacts on both Nigeria and Canada.‘’

Georg Steiner, Ambassador of Switzerland to Nigeria, stressed: “Switzerland considers counter-trafficking a key area of its efforts to foster human security and has been closely co-operating for many years with Nigeria within the framework of its Migration Partnership. Switzerland’s support for the new National Action Plan against Trafficking in Persons – a crucial tool for the co-ordination amongst stakeholders and concerted action – is another step towards the eradication of this heinous crime and human rights violation.”

Director-General of NAPTIP, Dame Julie Okah-Donli, in her address said: “These projects would assist Nigeria in its efforts to combat trafficking in persons and smuggling of migrants through strengthened evidenced-based programming and response as well as provision of an adequate policy framework for a concerted and systematic approach by stakeholders in the combat of human trafficking, and couldn’t have come at a better time on the eve of the World Day Against Trafficking in Persons.”

She also thanked the governments of Canada and Switzerland for providing the funding and UNODC, IOM and ARK for their technical assistance in the development and implementation of these four projects.

Comptroller General, NIS, Muhammad Babandede, while acknowledging that the new projects symbolise renewed commitment and aspiration that sufficiently enhance capacity to tackle the menace of trafficking in persons and smuggling of migrants in Nigeria, West Africa and indeed the world in general, commended “UNODC, IOM, ARK and NAPTIP and the governments of Canada and Switzerland for these laudable projects which will certainly add inestimable value to our collective interest for humanity and socio-economic wellbeing of the world.”

Previous: How COVID-19 is affecting progress on gender equality
Next: Why it’s necessary to involve public in revision of Nigeria’s climate action plan – Okereke 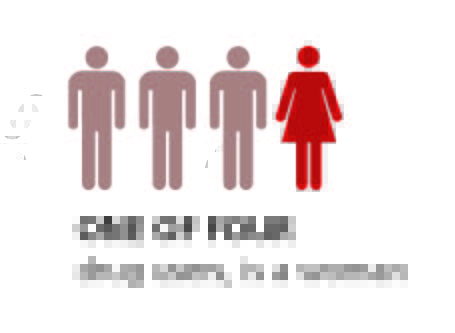 One out of every four people who uses drugs in Nigeria is a woman – United Nations Office on Drugs and Crime ...