February 17, 2017 Comments Off on Nigeria to ratify Minamata Convention in March 1,834 Views

Nigeria has set March 2017 as its target date to ratify the Minamata Convention on Mercury, just as it forges a partnership with major stakeholders in the run-in to the much-expected endorsement. 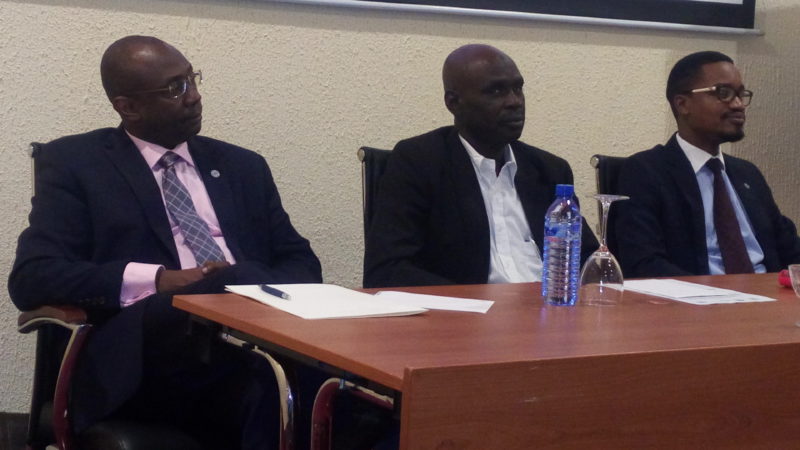 Dr. Chuma Ezedinma, who is of United Nations Development Organisation (UNIDO) Regional Office in Abuja, made the disclosure on Tuesday, February 14 2017 in Lagos during a day-long forum designed to kickstart the ratification process and raise awareness on the Convention. It was themed: “Workshop the Minamate Convention on Mercury: Minamata Convention Initial Assessment (MIA) Project.”

The objective of the MIA project is to assist Nigeria in completing pre-qualification activities under the Convention in order to enable strategic decision-making and to prioritise areas for future interventions on mercury related issues.

“Nigeria is expected to ratify the Convention before September, and we are looking at sometime in March, when some things would have been put in place,” Dr Ezedinma said.

Nigeria is one of the 128 signatories to the global treaty (the nation became a signatory on October 10, 2013), but she is yet to ratify it. Ratification by Nigeria automatically makes her a Party to the Convention with the duty to domesticate its content.

A minimum of 50 nations are required to ratify the Minamata Convention to make it legally binding. So far, 38 nations have ratified, implying that the First Conference of the Parties (COP1) to the Minamata Convention on Mercury scheduled to take place in September 2017 in Geneva, Switzerland, is dependent on the emergence of 12 more ratifications on or before September.

The Minamata Convention on Mercury, a global treaty aimed at protecting human health and the environment from the adverse effects of mercury, was agreed at the fifth session of the Intergovernmental Negotiating Committee (INC) in Geneva, Switzerland on Saturday, January 19 2013.

Welcoming the participants to the workshop, Minister of Environment, Amina Mohammed, expressed delight that professionals from different media and NGOs were able to honour the event, despite their busy schedules.

“This is a clear demonstration of your commitment to the sustainable development of our country and protection of human health and the environment from undue exposure to and contamination by mercury and its compounds,” she said.

The minister, who was represented by Dr. Idris Adamu Goji, Deputy Director, Pollution Control and Environmental Health Department in the ministry, expressed gratitude to the international agencies whose financial and technical support to Nigeria to implement the MIA Project made the gathering possible.

She also appreciated presence of the media and NGOs. “This is a clear demonstration of your commitment to the sustainable development of our country and protection of human health and the environment from undue exposure to and contamination by mercury and its compounds,” she said.

Mercury, she noted, is naturally occurring and highly toxic to human health and the environment.

Her words: “Human activities in recent times have increased the level of mercury in the environment, and human exposure to this increased concentration cause kidney, heart and respiratory problems, tremors, skin rashes, vision and hearing problems, headaches, weakness, memory problems, and emotional changes.

She stressed the importance of the role of the media and NGOs in the actualisation of the objective of the Convention.

The Minamata Convention on Mercury is a global treaty to protect human health and the environment from the adverse effects of mercury. It was agreed at the fifth session of the Intergovernmental Negotiating Committee (INC) on mercury in Geneva, Switzerland on Saturday, January 19, 2013 and adopted later that year on October 10 at a Diplomatic Conference (Conference of Plenipotentiaries) in Kumamoto, Japan.

It draws attention to a global and ubiquitous metal that, while naturally occurring, has broad uses in everyday objects and is released to the atmosphere, soil and water from a variety of sources. Controlling the anthropogenic releases of mercury throughout its lifecycle has been a key factor in shaping the obligations under the Convention.

Major highlights of the Convention include a ban on new mercury mines, the phase out of existing ones, the phase out and phase down of mercury use in a number of products and processes, control measures on emissions to air and on releases to land and water, and the regulation of the informal sector of artisanal and small-scale gold mining. It also addresses interim storage of mercury and its disposal once it becomes waste, sites contaminated by mercury as well as health issues.

ALSO READ:  Nigeria, UN commence scheme to phase out use of mercury in gold mining

Dr. Ezedinma stated that the role of the media and NGOs cannot be over-emphasised, “as the success of the Minamata Convention in Nigeria greatly rests on your shoulders. You must get educated and rightly communicate to the populace the Convention as it also deals with our health and the environment. You are the mouthpiece of the society and you are closer to the people, which is why you must also be interested in protecting them.”

Noting that UNIDO’s activities in Nigeria include: advancing economic prosperity, creating shared responsibility and safeguarding the environment, he reaffirmed UNIDO’s commitment towards working closely with the FMENV to implement its mandate.

Mercury is a chemical element with symbol Hg and atomic number 80. It is commonly known as quicksilver and was formerly named hydrargyrum. A heavy, silvery d-block element, mercury is a metallic element that is liquid at standard conditions for temperature and pressure. It occurs in deposits throughout the world mostly as cinnabar (mercuric sulphide). The red pigment vermilion is obtained by grinding natural cinnabar or synthetic mercuric sulphide.

It is used in thermometers, barometers, manometers, sphygmomanometers, float valves, mercury switches, mercury relays, fluorescent lamps and other devices. Concerns about mercury’s toxicity have led to mercury thermometers and sphygs being largely phased out in clinical environments in favour of alternatives such as alcohol- or galinstan-filled glass thermometers and thermistor- or infrared-based electronic instruments.

Like other international treaties, the Minamata Convention is prone to challenges. Hence, Ezedinma stressed that ratification does not necessarily mean domestication.

And as activities like artisanal gold mining are businesses who promoters would do everything to protect, including bribing journalists, journalists were told to choose between integrity and the easy way out (taking gratification to kill stories).

However, UNITAR and other relevant agencies were urged to encourage unbiased reporting by putting up fellowships for journalists.

According to Oluyomi Banjo, an environment expert with UNIDO, Nigeria has one of the best Minamata desks in the world.

He urged the media and NGOs to develop communication strategy to reach the communities in the simplest forms.

Before the forum came to a close, the participants mapped out strategies to reach the target audience.