A gathering of experts on Friday, September 18, 2015 in Abuja endorsed a draft copy of Nigeria’s Intended Nationally Determined Contributions (INDCs), which is under preparation. 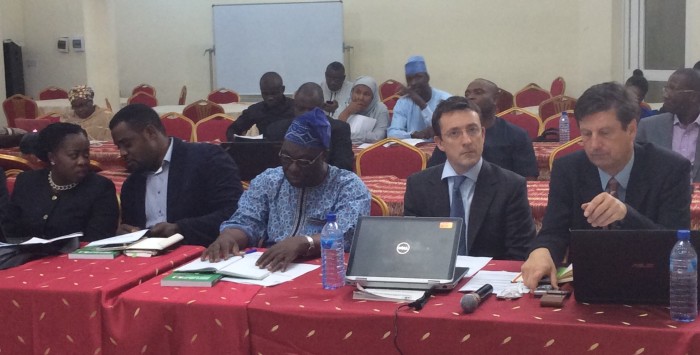 This emerged after a daylong national stakeholders consultative and validation workshop whereby stakeholders were not only updated on the level of progress made so far on the preparation of the INDC, but likewise made necessary inputs into the document that improved on the existing draft.

A final draft is supposed to emerge on Monday, September 21 after the team preparing the document went back to the drawing board on Saturday and Sunday to incorporate the inputs made on Friday. This document will be presented to government officials for final endorsement before being sent to the United Nations Framework Convention on Climate Change (UNFCCC) towards beating the September 30 deadline set by the UN climate body.

Contributions were made to the document by a cross section of experts including the academia, private sector players, non-governmental organisations (NGOs) as well as ministries, departments and agencies (MDAs). At the end of the workshop, participants had better understanding of the development process of the INDC.

About two months after it hosted a Project Initiation Workshop on Wednesday, April 29, 2015 in Abuja, Nigeria then commissioned the British environmental consulting firm of Ricardo-AEA to produce the INDCs, a document that lists actions countries intend to take under a new global agreement that will emerge in December at the COP 21 in Paris, France.

At another gathering, Verolme on Monday, June 29, 2015 in Abuja listed tasks to be carried out to include, besides an Inception programme, Stocktaking that features literature review and data gathering to produce a baseline report; Mitigation Analysis that involves projects of future emissions, identification of mitigation potential, long-list of possible actions and costing of options and co-benefits, to produce a mitigation potential report; as well as INDC Mitigation Contribution, that entails technical support to government decision making process, to produce brief paper on narrative and options analysis.

According to him, there would likewise be Consultation on Draft INDC, comprising drafting of outline INDC along with outreach to other ministries and stakeholders, to deliver an outline draft INDC and a consultation workshop; and Capacity Building that will be carried out in parallel with other tasks by presentation of analytical approaches during in-country missions, to produce final report on priority capacity need.

Describing the 2015 INDCs as a first step that may fall short of the global climate goal, Verolme stated that scope of an INDC would vary depending on national circumstances and the depth will differ depending on data available. According to him, the sources of emission in the country are: gas flaring, land use change, deforestation, transport, agriculture, waste, as well as industrial and energy processes.

He hinted that the contents of the final product would feature high points like: National Context, Mitigation (Contribution, Information, Fair and Ambitious?), Adaptation, Planning Process and Means of Implementation.

Previous: COP21: Incorporating long targets with short term goals
Next: How the planning profession can resolve its challenges