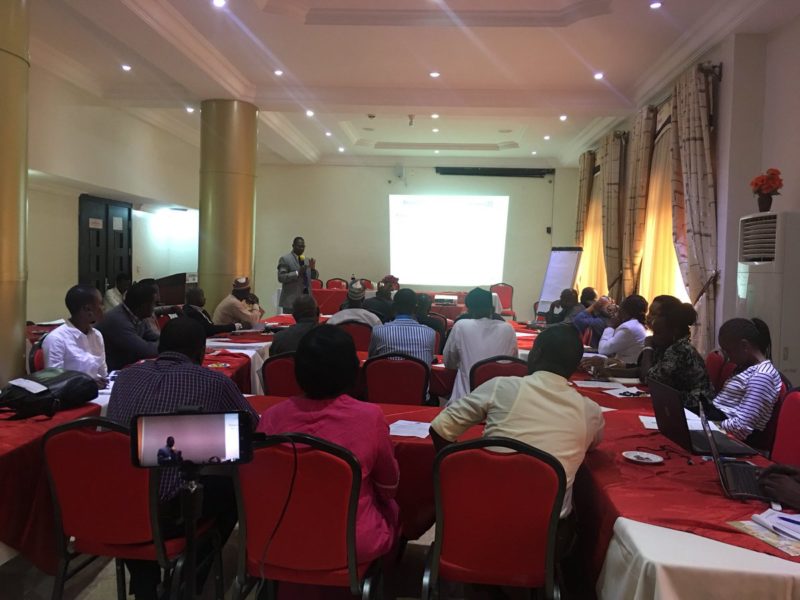 Just recently, the Green Climate Fund (GCF) disclosed that Senegal, Egypt and Ethiopia are part of a team of 12 beneficiary developing nations to access a total $392.86 million in funding to assist them respond to climate change.

But Nigeria is also hoping to be a recipient of the funding, if recent submissions by federal officials are anything to go by.

“We are putting great efforts to access global climate finance through the development of a Nigeria National Readiness for accessing the GCF and is in this regard we are developing pipeline of projects to be submitted to the GCF for funding,” disclosed Dr Shehu Ahmed, Parmanent Secretary in the Federal Ministry of Environment, in Abuja on Wednesday, October 4, 2017 during a Stakeholders National Preparatory Meeting Towards the 23rd Session of the Conference of the Parties (COP23) to the United Nations Framework Convention on Climate Change (UNFCCC) holding November 6 to 17 in Bonn, Germany.

Dr Ahmed, who was represented by Dr Peter Tarfa, Director, Department of Climate Change, in an opening remark, stressed that, in collaboration with the Ministry of Finance, the Federal Ministry of Environment is at the threshold of the launch of the Sovereign Green Bond.

His words: “This will enable capital raising and investments for new and existing projects with environmental projects funding and help to deliver on the Paris Climate Agreement.”

He restated Nigeria’s commitment to climate action and investment in sustainability, adding that this scenario is reflected by the nation’s signing and ratifying the Paris Agreement, and developing the Nationally Determined Contribution Sectoral Implementation plans for five priority sectors.

According to him, Nigeria actively participated in a Side Event held at the 72nd session of the United Nations General Assembly (UNGA) held September 2017, where the Ministry reiterated the nation’s commitment to global action on climate change.

“In the area of environment and especially in climate change related activities, we have the highest political buy-in through active participation of our President,” he stated.

In a presentation, Dr Tarfa disclosed that, at COP23, Nigeria will host two side events: one on the Implementation of the Nationally Determined Contributions (NDC), and the other on the Sovereign Green Bond.

On the COP’s focus, he said: “At COP23, governments are meeting to advance the implementation of the Paris Agreement. The focus is on the development of the guidelines on how the Paris Agreement’s provision will be implemented across a wide range of issues including:transparency, adaptation, emission reductions, provision of finance, capacity building and technology. The aim is to make progress in all these areas so that the guidelines (Rule Book) can be completed by COP24 in Poland in 2018.”

While identifying priorities for Africa on negotiations as adaptation, mitigation and finance, technology development and transfer, capacity building, global stocktake and  compliance, he stressed that the work of the COP is advanced through sessions of the following bodies:

Similarly, Prof Emmanuel Oladipo of the University of Lagos attempted an overview of the event.

Exploring the legal implications of the Paris Agreement, Huzi Mshelia of the Clean Energy Consult emphasised that, upon endorsing the Paris Agreement, besides domesticating and integrating obligations as part of national laws, countries become bounded by their respective NDC submission upon which progress would be assessed.

According to him, the NDC imposes new domestic emission targets for  prioritised economic sectors.

On the implication of US’s possible withdrawal from the Paris Agreement, he said: “The US contributes 15% of global emission and  it is a significant source of finance and technology for developing countries. The will be the emergence of new leadership. It is widely believed that US’s difficulty is China’s opportunity. Also, Canada and Mexico could emerge as significant players in the Americas.  Business leaders such Google, Apple, Exxon Mobile, Bloomberg are disappointed, but they are forging ahead. Coal may not be able to make a comeback despite President Donald Trump’s desire. This is because deployment of renewable is soaring and coal is unlikely to make a comeback.”