The Director-General, Nigeria Conservation Foundation (NCF), Dr Mukhtar Aminu-Kano, has submitted that Nigeria has lost about 97 per cent of wildlife and forest resources to poaching.

Aminu-Kano raised the alarm in an interview on the sideline of a workshop on combating illegal wildlife trade in vultures on Tuesday, March 30, 2021 in Kano.

The workshop, themed “Regional Common Action Plan on Combating Illegal Wildlife Trade in Northern Nigeria”, was designed to create awareness on the menace in the region.

Aminu-Kano said the rate of illegal wildlife trade was alarming in Nigeria due to security challenges in parts of the country.

He decried the proliferation of open wildlife and bush meat markets across the country, adding that the trend encouraged wildlife poaching, trafficking and trade.

The NCF director-general noted that vulture remained target specie of trade in various wildlife markets in the country driving the belief-base use tradition.

Aminu-Kano decried ineffective enforcement of domestic wildlife laws by enforcement agencies, which he said made it difficult to protect it and resulted to destruction of forest resources.

“The loss of nature is one of the two crises facing humanity and climate change, these are big problems that are looming, and they are existential.

“In Nigeria, it is getting worst, we have lost about 97 per cent of our original forest so we have only five to six per cent left, and that means all the forests and wildlife have gone.”

He noted that apart from forest destruction, Nigeria was also having a bad name abroad for being notorious for selling engendered species of plants and animals outside the country.

According to him, the workshop is aimed at raising awareness and proferring an action plan to address the menace.

“Kano State Government is collaborating with relevant agencies especially the Nigerian Conservation Foundation, to ensure that this unacceptable conduct in the society is really addressed.

“The Ministry of Agriculture through the Audu Bako Zoological Garden is collaborating with the Federal Ministry of Environment to upgrade the Falgore Game Reserve so that it will be able to provide that function of conserving wildlife.

“So, the state government is collaborating with the Ministry of Environment to ensure its actualisation, and it will go a long way to achieve the result.”

The workshop was attended by officials of the Police, Customs, Nigeria Immigration Service (NIS), ministries of environment and forest rangers drawn from the 19 northern states.

Previous: Lagos to audit forest estates against climate change, intruders
Next: Lagos cracks down on building conversion in estates 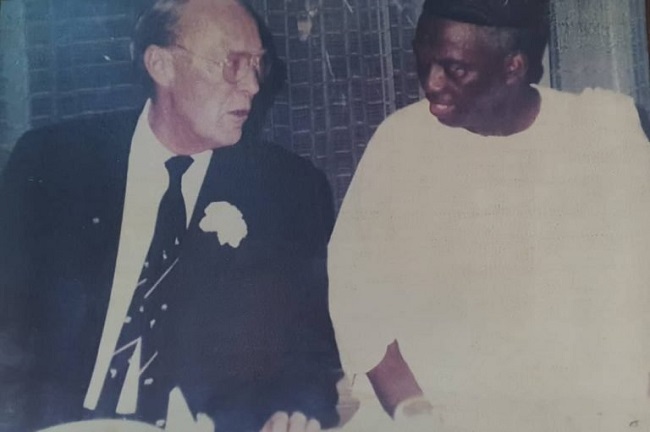 When the biography of Chief S. L. Edu was published, it was titled “Journey from ...