As nations commit to healthy, thriving oceans and seas free from plastic pollution, Nigeria on Friday, June 8, 2018 joined the Clean Seas campaign. An initiative of the UN Environment, Clean Seas is considered the largest global compact for combatting marine litter, with commitments from 51 nations covering 62% of the world’s coastlines. 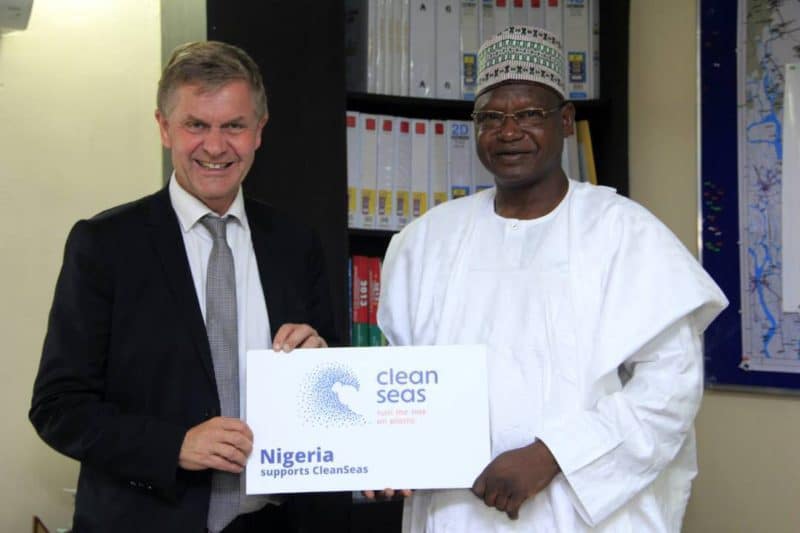 “There is now more momentum than ever before to beat plastic pollution and protect the oceans that we all share from the tide of disposable plastic,” Solheim said. “Seeing so many countries rise to the occasion by joining the Clean Seas campaign means we are all moving towards healthier oceans that are free from pollution and full of life.”

Nigeria is currently in the UN’s list of top-10 of biggest plastic polluters, even as 26 major plastic waste recycling plants will be opened as part of the country’s commitment to the campaign.

“Two plants have been completed in Ilorin, Kwara State, one in Lokoja, Kogi State, while work on another is ongoing in Karu Local Government Area of Nasarawa State. The plants are located at Bola Jari in Gombe State and Leda Jari in Kano State. The establishment of the plants would assist to turn waste to wealth and ensure the sustainability of the environment.”

Now fewer than eight new countries had joined the Clean Seas Campaign in the past week.

India – which joined the campaign on June 5, the World Environment Day – made a bold commitment to address plastic pollution upstream by banning all single-use plastics by 2022. The country further pledged to address the problem downstream, with its full coastal audit, developed in partnership with the Clean Seas campaign.

Other countries who pledged this week to step up their protection of the ocean and their coastlines include Argentina, Cote d’Ivoire, United Arab Emirates, Honduras, Guyana and Vanuatu.

In Abuja, Solheim during the visit disclosed that the UN Environment would support Nigeria’s waste management initiatives aimed at reducing, reusing and recycling plastics in the country.

He expressed happiness over the way the private sector in the waste management sector organised itself to provide technical solutions for effective collection and recycling of bottles in the country.

The director said that beverages companies should devise ways to ensure that consumers return the used bottles to prevent littering the environment.

He also urged the Federal Government to fast-track the clean-up of oil spill in Ogoni land.

Solheim, who recalled that the UNEP report on Ogoni clean-up was launched by former President Olusegun Obasanjo led administration, noted that people were interested to see physical development in the land.

He added that $1 billion counterpart fund set aside by the UN would have addressed the clean-up project if Nigeria showed the commitment by contributing its own fund.

Earlier, Jibril said that the Federal Government, oil companies and other relevant stakeholders in the oil sector had opened explorer account for the Ogoni clean-up project.

He said that, by this week, money would begin to go into the account, adding that out of 400 contractors that bided for the project, 150 were pre-qualified.

The minister said that every section of the country had its own environmental challenges, and that the government, in partnership with relevant stakeholders, was addressing the problems in all the six geopolitical zones of the country.

After Nigeria, Solheim would be visiting Benin, Togo, Ghana and Sierra Leone in the bid to explore how the UN body can strengthen cooperation with these countries.