Nigeria has lost 96% of original forest cover to deforestation – NCF

Nigeria has lost 96 per cent of its forest due to deforestation, according to the Director-General, Nigerian Conservation Foundation (NCF), Dr Muhtari Aminu-Kano. 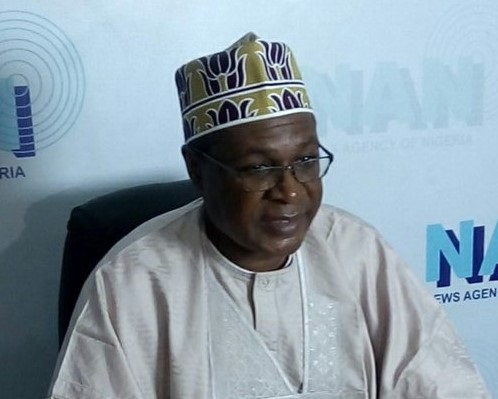 He said the country currently has only four per cent of its original forest cover.

“About 96 per cent of our original forest have been lost; it is catastrophic. It is sad that we are losing vegetation cover and there is absolute need to make concerted effort to grow more trees because the more the merrier not only in Lagos but across the country,” he told the News Agency of Nigeria (NAN) in Lagos.

Aminu-Kano said the NCF was exploring ways of increasing the country’s vegetation from four per cent to at least 25 per cent in the next 30 years.

One of the ways, he said, is to plant more trees and stop felling of trees as fuel for cooking and furniture purposes.

The director-general said: “We are exploring ways of gaining back some of what we have lost through the ‘Green Recovery Nigeria Initiative’ that will bring stakeholders like the government, faith leaders, traditional rulers and others to thinker on solutions.

“We have only four per cent of our original forest cover now and we think that is catastrophic and requires massive efforts to increase that coverage to at least 25 per cent across the country in 30 years.

Aminu-Kano, therefore, called for urban regeneration like the one being implemented by the Lagos State Parks and Gardens (LASPARK), describing it as commendable.

“I think it is time for urban regeneration like what LASPARK is maintaining and I hope they will up their game. We need to plant more trees as wood to stem the firewood crisis facing Nigeria.

“We could also explore tree plantations for timbers so that we do not cut down our forest for the purpose of furniture.

“It also means leaving trees on farmlands so that we do not just clear everything and plant perennial crops, thereby reducing our forest cover,” he explained.

On Nigeria’s coastal erosion, the NCF D-G called for a holistic approach toward arresting the ravaging strong ocean currents from the Atlantic.

He noted that the currents have compounded coastal erosion in Lagos and some states in the South.

Aminu-Kano said the various efforts to provide immediate remedies to shoreline erosion cases in Lagos had moved the problem to other parts of the state and beyond.

Giving a brief history, he said that the problem of coastal erosion started in the 1930s when moulds were built around the Apapa Port to make it easy for vessels to berth.

According to him, the move transferred the problem to Victoria Island compelling the Lagos State Government to begin the Eko Atlantic City Project to stop the Bar Beach erosion but pushed the problem eastward to other parts of Lekki.

Aminu-Kano said some houses and communities were disappearing overnight due to the fast-moving ocean currents and called for urgent multi-level action.

“We do not hear of Bar Beach erosion or Victoria Island anymore, but it has pushed the problem more eastwards and this is the same with many other environmental issues.

“If you do development and look only at your immediate environment, then, you are not looking at the whole picture and you are pushing the problem somewhere else or at another time.

“The current situation of the Nigerian ocean and the nature of the Atlantic on our side is not really very favourable to Nigeria because the Atlantic is very turbulent in the Nigerian coastal waters and close to the high seas in our side and, therefore, it comes with force.

He expressed satisfaction that the Lagos State Government had saved about 14 kilometres of the coastlines by constructing groins eastward the Eko Atlantic City at a cost of N1 billion each and appealed for the Federal Government’s support.

“The project is too expensive and the problem overwhelming for Lagos alone to handle. Those groins are expensive and from what we hear that to build a groin is in the region of N1 billion.

“Our call has always been that the federal government steps in through the Ecological Funds which are set up specifically to address this kind of issue.’’

Aminu-Kano also wants federal government’s intervention in tackling coastline erosion in Ayetoro area of Ondo State and other states including the Niger Delta Region being ravaged by the turbulent ocean currents.

On the Lekki Conservation Centre in Lagos, he disclosed that no fewer than 140,000 visitors including local and foreign tourists were recorded at the facility from 2016 to date.

Besides a nature trail, the Lekki Conservation Centre houses the corporate head offices of the NCF.

Aminu-Kano said the number of visitors increased in the current year from the 60,000 recorded in 2017.

“To us as far as environmental education is concerned, the fact that at least 120 people every day want to go out and experience nature it is good in itself.

“We are quite satisfied that we are getting increased numbers of people wanting to come and learn about nature, experience the forest and natural environment and we think they will take this information out there,’’ he said.

On the centre’s “Catch Them Young’’, the director-general expressed satisfaction that schools have been bringing their students and pupils to the centre on daily basis.

“We have had at least four schools bringing their pupils in large numbers every week day of the year. So, we are really catching them young to imbibe the culture of love for nature,’’ Aminu-Kano said.

He disclosed that the centre had mapped out enlightenment strategies to reach out to the ordinary people on the street apart from the elite and the students who have embraced the campaign.

As part of the strategies to attract more people, Aminu-Kano said the entrance fee had not been raised in the last five years and also ruled out any raise for now while registered members are exempted from paying entrance fee.

The NCF director-general lauded the Lagos State Government and Chevron Nigeria Ltd for their interventions in providing link roads and other infrastructure at the facility.