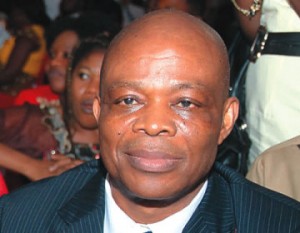 Former governor of Anambra State and Senator representing Anambra Central Senatorial District, Dr. Chris Nwabueze Ngige has described the death of Dimgba Igwe as a loss for the media profession and concomitantly the development of Nigeria as a country.

Senator Ngige said this in a letter to both the chairman and managing director, Dr. Orji Uzor Kalu and Femi Adesina respectively.

“It was with great shock that I received the news on the loss of Dimgba Igwe, a veteran journalist, columnist and first class editor of various leading dailies in Nigeria. I have known Dimgba Igwe and enjoyed his writings, particularly his column ‘The Side View’ where he spotlighted grave national issues using wit, sarcasm and pun.

His loss will be seriously felt within the Nigerian mediasphere particularly the Sun Newspapers which he helped nurture from infancy to become one of our nation’s leading newspapers.

I therefore sympathise with the Igwe family, the Sun Newspapers, colleagues and friends, I urge them to show great strength at this period in time, dwelling on the fact that he was indeed an literary giant, while here on earth.

Like Loading...
2014-09-09
admin
Previous: Ebola: Liberia to see thousands of new cases in coming weeks -WHO
Next: Beggar arraigned over alleged kidnapping