The Lagos State Government on Monday, July 6, 2020 said it had enacted the State Urban and Regional Planning and Development (Amendment) Law, 2019 to enforce certification of high rise buildings as a way of curbing perennial collapses.

Commissioner for Physical Planning and Urban Development, Dr Idris Salako, said that the new law would safeguard the physical environment and guarantee the wellbeing and safety of the residents.

A statement issued by Mr Mukaila Sanusi, the Spokesman of the ministry, quoted the commissioner as saying that the law would reposition the environment sector.

Salako also said that it would ensure speedy actualisation of the 21st century economy pillar of the governor’s THEMES Agenda.

“It repealed the Lagos State Model City Development Law, Ch. L. 48, 2015 and amended the Principal Law by replacing Section 48, subsection 3 of the law.

“With the amendment, an owner of a building above two floors, which is existing and in use prior to the commencement of the law, is obligated to submit the certificate of insurance covering the building to the Lagos State Building Control Agency (LASBCA) for verification,” he said.

Salako added that his ministry would ensure strict implementation of the law.

The commissioner further said that the law was assented to by Gov. Babajide Sanwo-Olu on June 23. 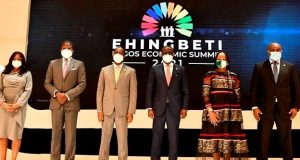 The Lagos State Ministry of Physical Planning and Urban Development on Monday, January 25, 2021 ...