Saturday 30th May 2020
Saturday, 30th of May 2020
Home / Renewable Energy / All new energy systems will be renewables-based, new platform specifies

All new energy systems will be renewables-based, new platform specifies

May 8, 2017 Comments Off on All new energy systems will be renewables-based, new platform specifies 596 Views

Representatives of major organisations on Monday, May 8, 2017 launched the Global 100% Renewable Energy Platform, an event that coincided with the start of the UN Climate Change Conference (SB46) in Bonn, Germany. Speaking on behalf of the Executive Secretary of the UN Framework Convention on Climate Change (UNFCCC), Patricia Espinosa, UNFCCC Spokesperson, Nick Nuttall, says that the Platform’s work will be guided by its principles that all new investments into energy systems have to be 100% renewable energy-based, and that decentralised and people-centred approaches are the best and fastest way to transform societies. I am sure that the rapid growth of renewables in terms of scale, increasing geographical spread and tumbling prices played a key role in providing confidence to governments to ink the Agreement.

An agreement that came into force in record breaking time and today has well over 140 ratifications with new ones monthly.

That confidence building continues post Paris – almost every report I read about renewables shows inordinate progress and it is happening in cities and regions, among major companies and in communities.

Take the study, brought out by Bloomberg New Energy Finance just a week or so ago – it shows renewables generation, excluding large hydro – in Germany at just under 30 per cent, up from 9 per cent in 2006.

If you look at states in the United States you see similar growth patterns in Oklahoma, South Dakota and Minnesota, to name but a few.

And I don’t need to tell you about China or indeed increasingly now India among a growing list of developing countries growing renewable energy generation.

But you know there are lots more to do: there are some countries in the world where the renewable energy revolution has passed them by.

Yesterday I was glancing at WorldAtlas, the online publisher, and its listed 25 countries with zero or only tiny per cents of alternative energies – countries like Togo and Turkmenistan, for example.

I was amazed at how European countries also have relatively low levels of renewables, so even on this Continent with such a positive story on clean energy, there is much work to do.

There may be many reasons why – investment risks and currency risks to name but two. But this is where together, and with regional development banks and others, we can change the rules of the game in favour of renewables and better lives for the poor and vulnerable.

Meanwhile, there perhaps is a lot to do to bring on some other forms of renewables that are still, price and penetration-wise, way behind the curve.

I am thinking of wave power and ocean thermal energy conversion – I am old enough to remember how much a unit of solar power electricity cost in the 1990s, but look at it today.

So why not these other forms of vast, untapped sources of clean energy when today so many people live on or near the coast and small island like Fiji are crying out for modern forms of energy that offer a better development path than diesel.

The Paris Agreement is unique in that it clearly lays out the path to a low carbon, resilient future and has a clear destination -climate neutrality in the second half of the century – if the world is to keep a global temperature rise well below 2 degrees C, let alone meet the 1.5-degree C target.

Climate neutrality is about restoring the balance of emissions out and emissions in. It is not going to be easy to achieve, but achieve it we must if we are to hand over a healthy world to the next generation.

This will not be possible without investment and efforts to restore and better manage the Earth’s natural or nature-based systems like forests, coastal ecosystems and soils that for millennia have handled carbon on our behalf.

But our natural systems need help – we need to rapidly and decisively reduce our global emissions.

We need transformational policies and enabling legislation – good news here too because tomorrow we will launch a report with the Grantham Institute and others on the growth of climate-related laws since the 1990s which continues post Paris.

We also need to retool the global financial architecture to price in risk, reduce short-termism and support a low carbon transition.

Renewable energy, allied to energy efficiency, has a big role to play.

You have set a target under your campaign of 100 per cent renewables – that is quite an aim, but who would ever imagine that this is impossible if recent history is our guide.

Because when you go back and look at the estimates made for renewables in say the 1990s and even in the early 2000s, many underestimated this reality of where we are today often by very wide margins.

And if you had said in the 1990s that wind and now solar in many places would be cheaper than coal, you would have had many investors laughing into their champagne glasses accusing you of wishful, eco-thinking.

But the world is changing, indeed before our very eyes and the transition to a cleaner, greener economy is well underway and trillions of dollars of investment is now shifting to support it and new instruments, like Green or Climate Bonds, are set to double again this year. 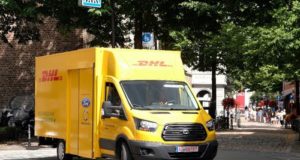