Net Zero by 2050: CAN lauds report’s recognition of 1.5 degrees’ feasibility

Climate Action Network (CAN), a global network of non-governmental organisations (NGOs), has welcomed the Net Zero by 2050’s recognition and confirmation of the feasibility of the 1.5 C degrees Paris Agreement temperature goal.

CAN describes the goal as “our only chance to overcome one of the greatest challenges faced by humankind”.

Said to be the first of its kind from the agency providing a comprehensive roadmap that outlines how countries can achieve an energy transition towards a 1.5 C degree pathway and in line with commitments contained in the Paris Agreement, the report states that countries can tackle the climate emergency through bold and ambitious actions starting now.

Doing so, says the group, can also save millions of lives from air pollution while securing economic growth and equity through the provision of universal energy access and the creation of more jobs in the renewable energy and the energy efficiency industry and related infrastructure.

Described as a major win for scientists and civil society activists around the world, the IEA, according to CAN, recognises that all new investment in and production of fossil fuels must stop immediately.

It stated that, over the years, civil society organisations have placed considerable pressure on the IEA to demonstrate leadership by moving countries to higher climate ambition to cut their emissions and radically transform the energy systems.

It noted that, as with tackling the COVID-19 pandemic, the transformation of energy systems requires international cooperation and solidarity through the provision of finance and sharing of technologies with developing countries, which supports them to embark on the rapid energy transition in a just and fair manner.

“It is hugely significant that the most influential energy agency recognized the urgency and the need for immediate actions in this critical decade in order to stay below 1.5C degrees,” said CAN´s Executive Director Tasneem Essop.

“This sends a strong message to countries, the fossil fuel industry and investors worldwide that the time to end business as usual is now; that the radical transformation of all economies in a fair and just manner through centering equity and the rights of affected communities and to benefit from the renewable energy transition requires bold and courageous leadership as of today,” Essop added.

ALSO READ:  What Nigeria will achieve from national Talanoa Dialogue

While welcoming the IEA report´s emphasis on large growth of particularly clean renewables like solar and wind to about two third of all energy use by mid-century, CAN expresses concern that it falls short of going much further.

CAN says it is critical of the IEA scenario’s reliance on doubling nuclear power, growing carbon capture, use and storage (CCUS) to about 15% of all CO2 emissions reduction efforts and significantly increasing the use of bioenergy by mid-century.

“Despite this overall bold and laudable move by the super-influential IEA in energy, finance and industry ministries around the world, there are serious flaws and gaps in some of the proposed solutions presented in the pathway. CAN strongly opposes the suggested large growth of dangerous, untested and unaffordable technologies. CAN objects to a so-called ‘technology-neutral policy’, said Stephan Singer, CAN´s Senior Climate Science and Global Energy Policy Advisor.

Despite its shortcomings, CAN encourages the IEA to make the roadmap and milestones its central scenario from now on for the coming years to assess governments´ energy and climate policy implementation in this decade while continuing to address the weaknesses.

CAN says it is offering to work with the IEA to improve this scenario towards a fully sustainable pathway for all.

The world’s richest countries are set to meet for the G7 Summit in June and for the G20 summit in October. CAN wants them to commit to the rapid phase out and halt any new investments in fossil fuels from 2021, scale up the delivery and investment in clean technologies like wind and solar as well as very strong energy efficiency and sustainable infrastructure for better grids, energy storage and development of renewable hydrogen.

“They must also commit adequate finance for developing economies to join the transformation on an equitable basis,” added the group. 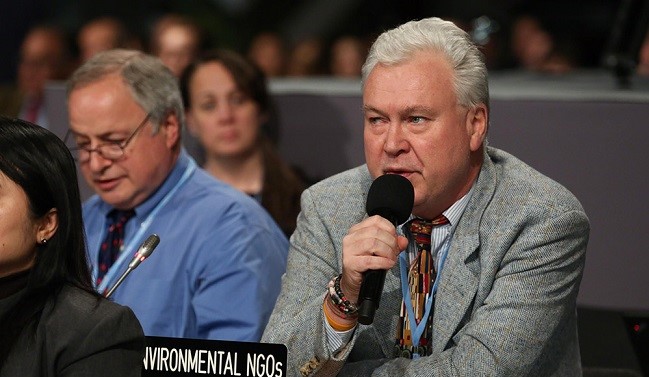