As part of its actions to address the challenge of iron deficiency in Nigeria, Nestlé Nigeria on Wednesday, April 7, 2021 commenced the “Live Strong with Iron’’ (LSWI) campaign.

The inauguration of the campaign was also part of Nestle Nigeria’s activities to mark the World Health Day 2021, commemorated annually on April 7.

A statement by Nestlé on Wednesday said that iron deficiency was high in the country and its consequences could be severe.

It quoted Wassim Elhusseini , MD/CEO of Nestlé Nigeria, who spoke on the  Live Strong With Iron campaign, as saying: “The campaign aims to support governments’ efforts to address iron deficiency in view of the high incidence in our environment.

“It is important to note that Nestlé has sustained food fortification as a strategy to curb micronutrient deficiency in the sub region.

“Another  strategy that Nestlé adopts to enable people live healthier is by providing adequate information for more informed nutrition choices.

“We are therefore excited to work alongside all the stakeholders convened here today, to call attention to the rich resource of iron dense locally available foods that each family can access to improve the current statistics on iron deficiency.’’

“The NDHS 2018 said that 68 per cent of children, six to 59 months of age and 58 per cent of women of reproductive age in Nigeria are anemic, with at least a third of the anemia attributable to iron deficiency.

“In view of the high incidence of iron deficiency and the attendant dire consequences, this remains a priority area of concern for Nigeria.

The statement said that the Minister of Women Affairs, represented by the Permanent Secretary, Ambassador Anthonia  Ekpa, also spoke at the event.

“Globally, children and women are more at risk of iron deficiency and anemia.

“Consumption of iron-rich foods, which are locally available and affordable, remains an effective means of addressing this challenge.

“The Federal Ministry of Women Affairs will support this public health awareness campaign, as it has valuable content that will positively impact on the health of a huge percentage of Nigerians.

“We are committed to collaborating with stakeholders for the overall development of women and children in Nigeria,’’ the statement quoted the minister as saying.

The flag-off of the “ Live Strong with Iron” campaign was held onsite and virtually.

The campaign supports efforts to accelerate the achievement of the Sustainable Development Goal 3, Good health and wellbeing, looking towards improving the health of millions of Nigerians.

Through the campaign, the collaborators will support community advocacy programmes, broadcast and social media campaigns, to drive change in nutrition behaviour, choice and consumption in order to meet daily iron requirements.

The statement noted that the public launch of the Live Strong With Iron campaign was attended by government officials, health experts, nutritionists, professional organisations and media.

They  came together to align on the roles each party would play in the efforts to curb iron deficiency.

A key commitment by all stakeholders and participants at the event was to not only consume, but also to promote consumption of locally available iron-rich and iron-fortified foods in Nigeria. 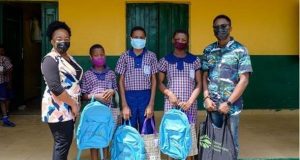 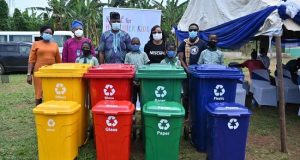