Mr Musa Shehu-Usman, the Deputy Director of the Agency, stated this while reviewing progress of the nationwide enforcement exercise embarked by the Agency, on Monday, August 9, 2021 in Kano.

Shehu-Usman said the affected industries were sealed for various offences in contravention to the environmental safety standards and regulations.

He said the industries had failed to comply with standard rules inspite of several warnings by the Agency, adding that the level of impunity exhibited by some of the industries posed threats to the environment.

“Despite series of abatement notices issued to these industries to operate in an environment friendly manner, they failed to adhere to the rules. The trend called for sanction,” he said.

He said the Agency had embarked on a nationwide enforcement exercise to stem gross negligence to set standards and regulations by the industries and other facilities.

He said the affected industries would be charged to court untill they showed timely commitment towards ensuring effective compliance with the set regulations.

Shehu-Usman, therefore, urged Nigerians to serve as environmental watchdog by reporting facilities that carry out activities detrimental to the environment.

In a related development, NESREA) has sealed five industries in Adamawa State for violation of environmental safety standards.

Malam Aliyu Hamid, the state Coordinator of the agency, disclosed this while inspecting the enforcement exercise of the Agency, on Tuesday, August 10, 2021 in Yola, the state capital.

Hamid said the erring industries were sealed after several warnings issued for them to comply to the environmental safety standards.

He listed the industries to include AFCOT; Al-Hamsad and A.A. Lawal Rice Mills, Shamad Concept Nigeria Limited and Gidan Gona Limited all in Yola metropolis.

“The action followed series of warnings and issuance of letters to the affected industries to comply with the National Environmental Safety Standards.

“Also, use of fire wood in industrial quantity for their production and lack of conduct of Environmental Impact Assessment (EIA).

“In addition, none of the sealed facilities complied with the Agency’s warnings, and as a result we found it necessary to enforce sanction,” he said.

According to him, the defaulting industries are directed to comply with the Agency’s standard requirements as contained in early warning letters issued to them.

The Coordinator said that some of the companies were found to have contravened NESREA regulations which include use of fire wood in commercial quantity, lack of conduct and compliance to the EIA.

“The agency expressed disappointment, because according to our findings the TRIACTA Construction Company did not conduct EIA before conducting its construction activities in the state.

“While the consultant working with the company for the production of such assessment is not registered with the Federal Ministry of Environment,” she said.

He said the Agency would intensify enforcement exercise to monitor and ensure that companies operating in the state comply with the set rules and regulations.

The State Coordinator of the Agency, Mrs Zainab Aremu, said it was worrisome to note that despite repeated sensitisation programme, some industries still refuse to comply with environmental regulations.

Aremu said that the agency is embarking on a nationwide environment exercise to bring an end to the gross negligence and non-adherence to set standards and regulations.

She added that the activities of those industries and facilities pose a threat to the environment.

The NESREA Coordinator, therefore, enjoins Nigerians to serve as environmental watchdogs by reporting facilities which carry out activities detrimental to the environment.

She explained that over the years, the agency has reached out to the regulated communities through its monitoring and enforcement activities to encourage voluntary compliance and advise them on how best to carry out their respective operations.

Aremu explained that the agency has 33 National Environmental Regulations which were gazetted and used to monitor activities of facilities in Kwara. 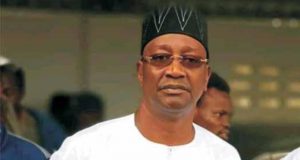