The Nigerian Conservation Foundation (NCF) has commended the Federal Government of Nigeria for releasing N10 billion for the commencement of the implementation of the Great Green Wall (GGW) project. 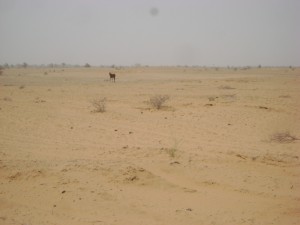 Minister of Environment, Hajiya Hadiza  Mailafia, disclosed recently at the National Conference on Environment in Makurdi, Benue State, that the Federal Government had made a commitment of N10 billion towards the implementation of the United Nations-backed programme.

The Great Green Wall brings together 11 countries to plant trees across Africa to literally hold back the advancing Sahara Desert with a swathe of greenery, lessen the effects of desertification and improve the lives and livelihoods of communities.

In Nigeria, the project aims to address desertification, enhance natural resource management and promote ecosystem integrity in the dryland in the Northern parts of the Country. The Nigerian project stretches from Zamfara and Kebbi states in the North West corner along the northern border of Nigeria to the extreme eastern border in Borno State. Eight states are involved in the project.

While commending the government for the effort made and its commitment towards the initiative, the NCF calls for the following strategic steps to be employed before and during the implementation to achieve maximum results:

The GGW, an initiative spearheaded by African heads of states, will stretch about 7,000km from Senegal in the west to Djibouti in the east and will be about 15km wide as it traverses the continent, passing through Mauritania, Mali, Burkina Faso, Niger, Nigeria, Chad, Sudan, Ethiopia and Eritrea.

The programme aims to support the efforts of local communities in the sustainable management and use of forests – a key theme of the 10th session of the UN Forum on Forests (UNFF10), currently taking place in Istanbul – as well as other natural resources in drylands.

Among other things, the planting of trees is expected to provide a barrier against desert winds and will help to hold moisture in the air and soil, allowing agriculture to flourish. It is also expected that the GGW will reduce erosion, enhance biodiversity and improve countries’ resilience to climate change.

“NCF, being the foremost and oldest environmental protection NGO in the country, has witnessed similar government/donor projects in the past which, unfortunately, through neglect and improper implementation, often excluding community participation/ownership, became dismal failures, allowing the sands of the desert to ravage thousands of square kilometers of former pasture lands, turning them into uninhabitable desert and hundreds of thousands of pastoralists into environmental refugees, thus greatly exacerbating the grave insecurity scenarios in this region that we are faced with today. We would like to believe that such neglect and indolence in implementation would not be allowed to befall this extremely laudable GGW project and that together with our other neighboring states; we would be able to find a permanent solution to the ravaging environmental disaster of desertification,” stated Alade Adeleke, Acting Executive Director of the NCF.