“We are very excited to have this new technology to help CCF staff keep an eye on our cheetahs,” said Laurie Marker, CCF Founder and Executive Director.

According to Marker, with the Smart Parks LoRaWAN network in place, CCF can easily deploy collars and other sensors in the landscape and receive near-real-time location updates at an affordable cost.

“The LoRaWAN network for CCF will enable us to deploy battery-powered sensors and devices across its entire wildlife reserve for real-time monitoring and fine-scale data collection,” she said.

She added that staff would be able to optimise efficiency in operations and scientists can collect data for research in new, more efficient ways.

CCF is a global leader in the research and conservation of cheetahs and dedicated to saving the cheetah in the wild and currently, Namibia has the largest wild cheetah population with 30 per cent of the animals in the wild. 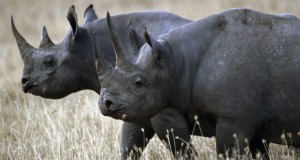