At the ongoing Global Festival of Action in Bonn, the United Nations SDG Action Campaign, Digital Promise Global, and Oculus have announced a new partnership and the launch of the MY World 360° project. 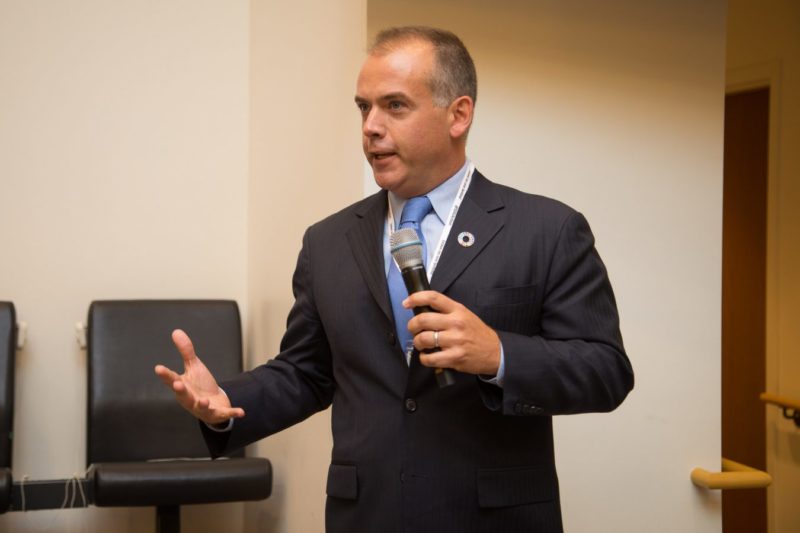 The partnership, it was gathered, reflects a shared commitment to the idea that immersive technologies like virtual reality hold potential for experiential storytelling that spurs learning and action. MY World 360° invites young people worldwide to develop digital skills and create 360° media as a way to share their perspectives and advance positive action toward the UN’s Sustainable Development Goals (SDGs).

MY World 360° ultimately aims to increase participation through a new expressive and immersive medium by young people and marginalised groups, and promote awareness and understanding of the Sustainable Development Goals (SDGs).

Engaging young people through a powerful learning experience to help them build new digital skills for a purpose, the programme is open to global submissions, with additional activity planned in Germany, India, and the United States.

“The Sustainable Development Goals are an open call for all people to join together to create a more sustainable and equitable world,” said Mitchell Toomey, Director of the United Nations SDG Action Campaign. “MY World 360° will empower young people with the language to describe challenges, the skills to document the SDGs in a local context and the knowledge to influence and make change. This will equip young people with the tools to have open dialogue with decision makers in their communities, hopefully inspiring the collaborative action needed to achieve the goals.”

Pilot Countries
Oculus, Digital Promise Global, and the UN SDG Action Campaign also announced that MY World 360° will launch national pilot programmes in Germany and India. A limited number of German and Indian schools and youth organisations, they added, would receive 360° video production equipment from Oculus, as well as targeted support from local media mentors.

Programme Origin
Since 2016, Oculus, the virtual reality company, has partnered with Digital Promise Global, a non-profit organisation working to spur innovation in education, through the 360 Filmmakers Challenge. Bringing virtual reality production tools to classrooms and youth organisations across the United States, the programme has engaged over 2,000 students and over 20 awarded youth-produced films.

From 2012 through 2015, the UN SDG Action Campaign coordinated the MY World 2015, the UN Global survey that ensured 9.7 million people’s sustainable development priorities were included in the creation of the Sustainable Development Goals. The MY World 2030 project will continue to shine a light on people’s personal experiences around the world, ensuring they have a platform to have their say. MY World 360° will join a suite of storytelling projects which include the Humans of MY World, as well as immersive films promoted through UNVR.

The MY World campaign, the success of UNVR, and the youth-produced media from the 360 Filmmakers Challenge caused Oculus, Digital Promise Global, and the UN SDG Action Campaign to develop the idea for a global campaign for youth-produced 360° media for SDG awareness and action.

“Giving people the resources they need to highlight the issues they care about has been a goal of our partnership with Digital Promise Global, and we’re thrilled to be working with the UN SDG Action Campaign this year,” said Parisa Zagat, Head of Oculus Policy Programmes. “By expanding this work internationally through this new initiative we hope to encourage even more young people to think about how technology can help them raise awareness for causes they believe in.”

“We are excited to partner with Oculus and the UN SDG Action Campaign to help young people around the world develop their digital skills,” said Karen Cator, President and CEO of Digital Promise Global. “By using emerging technology, more learners can bring their ideas and experiences to life in new and powerful ways.”

How to Participate
MY World 360° offers tools and resources to help participants learn about the SDGs, and to develop the skills needed to capture, edit, and share 360° media to represent their perspectives and their communities in an immersive and compelling way. Youth participants from around the world are eligible to contribute immersive media, including photography and film, to the open call for submissions to MY World 360°.