How Moringa trees save lives in Malawi 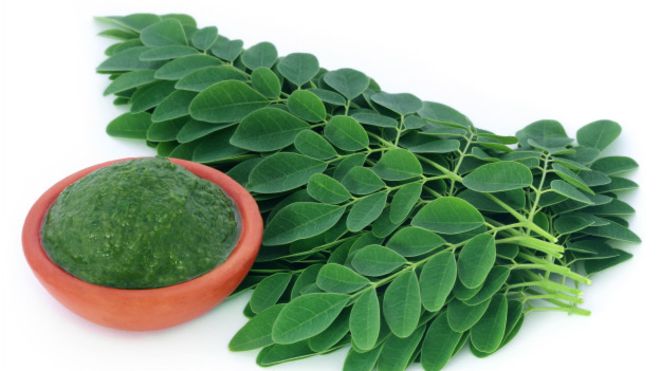 His declaration was not by force but meant to testify how he is still surviving.

Chiponda – who comes from Champhula Village Head in Nthondo, Ntchisi District – was confirmed positive in 2006 after undergoing HIV voluntary testing and counseling services (VCT) at a nearby clinic.

He also testifies that his ailing health ignited debate in his mind to undergo such VCT services to ascertain his status. Life – according to him – was tough as he could not do anything for a better living with his family.

“The situation was worse when I had just lost my wife. Raising children was not an easy thing as I had too many things to do for them,” he said.

Chiponda lived a miserable life until he knew that leaves from Moringa can liberate him health-wise and economically. 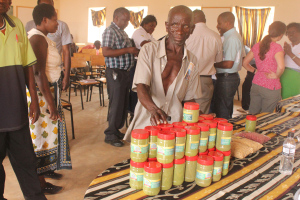 Moringa being his survival secret

People wonder with others shrugging off their shoulders pointing at him, enough a sign that they did not entirely agree that he is HIV positive.

“He has lived positively since 2006. Makes ends meet at family level. Provides schools fees to his children. In fact, he has clinched Moringa markets,” says James Kachilima, a community member about Chiponda.

It is against this background that showers of blessings befell him when World Vision with funds from the US support team sent him to a training in Balaka about the production and growth of Moringa, a nutritious herb.

“The herb is meant to help those that have HIV and nutritious challenges live a healthy life. It keeps me strong and that is why I am still alive. I cannot remember the last time I got sick, thanks to Moringa,” he says.

In his own words, Chiponda takes the herb twice a day

Chiponda’s belief in Moringa is backed by the World Health Organisation (WHO), which since 1998 has promoted the tree as an alternative to imported food supplies to treat malnutrition.

He enthuses that he was further sent to Chongoni in Dedza for five days with a US volunteer to get extra skills of producing the product to satisfy the growing demand in towns and cities.

For sustainability sake, Chiponda is also an executive member of Cheka Cooperatives to which the group is affiliated since its inception in 2006.

Shopping or the so called window shopping in Malawi’s commercial and administrative capitals, Blantyre and Lilongwe, gives you chance to appreciate the marketability of Moringa and other herbs.

This speaks volume of how herbs have become marketable. This paints a picture of financial independence and positive contribution to the society for the likes of Chiponda if handled as business on a larger scale.

“We dry leaves under shade. After that, we pound and sieve them before putting them in bottles. It is also our duty to ensure those bottles are clean and certified by authorities and health experts locally,” he explains.

“I have established markets deals with One Village one Product (Ovop) and other shops in Lilongwe. One bottle costs K750 ($1.1). For positive branding, I buy labels from Ovop at K70 so the bottle looks original. Of course, bottles are expensive, but I will strive to make more products of this nature to increase my profit-base,” he states.

Chiponda says through Moringa, he has managed to educate his 12 children such that they are able to read and write.

“I live a decent life out of this business. Even those that have HIV have are being assisted through this venture such that they can do farming and various household tasks without facing health deficiencies,” he explains. 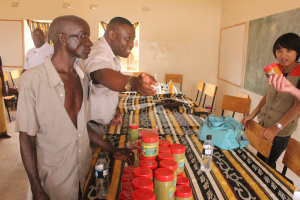 Population growth as an opportunity for Moringa producers

With increased population growth in Malawi, which the United Nations estimates at 16 million, business operators and farmers such as Chiponda stand to benefit more if they increase production to meet the demand.

“Production of Moringa is a good initiative since it can secure the future of Malawians, but there is need for partnership with various organisations such as Vision Fund,” said Kafweku.

He adds: “It is an issue of demand and supply. If there are more people, it means producers of various goods and services have to boost their production to match with the increasing demand,” says Kafweku.
Moringa Group members – having realised the potential of the tree – have since begun planting more trees this season to meet the demand on local market.

Prospects are also high that they would be able to export some of their products for maximum gains in their families and group at large.

The growth of such trees is also championed by Nepad, an arm of the African Union Commission (AUC) that the continent capitalises on population growth to engage in production of more drugs inclusive herbs.

Nepad, WHO and AUC delegates said this during the recent 2nd Biennial Scientific Conference on Medicines Regulation in Africa.