Ministry warns against indiscriminate dumping of refuse in dams

December 1, 2020 Comments Off on Ministry warns against indiscriminate dumping of refuse in dams 358 Views

Director, Dams and Reservoir Operations in the Ministry of Water Resources, Mr Danjuma Madaki, has warned Nigerians to stop dumping refuse in dams across the country.

Madaki, who was represented by Mr Lawal Muhammad, Acting Director, Dams and Reservoir Operations in the Ministry, gave the warning at the 2nd edition of Media Water Week in Abuja on Tuesday, December 1, 2020.

He said that dams could be constructed to ensure the supply of potable water for residents and so should be kept clean.

Madaki urged residents to keep dams clean and safe from any form of contamination for proper hygiene.

He said that dams generated electricity if managed well, as effective electricity supply could be boosted by dams.

According to Madaki, nine dams had been completed in the country between 2016 and 2020 while 11 dams would be completed before 2023.

Madaki said that the completion of 20 dams before 2023 would foster tourism, food security, water supply, power generation and flood control among others.

Mr John Ochigbo, Director of River Basin Operations and Inspectorate in the Ministry, said there were so many dams and irrigation infrastructure that were not properly maintained which were managed by his department.

According to him, the IRBM scheme had empowered 976 Nigerian youths under the Graduates Youth Empowerment Programme through job creation and economic empowerment programmes.

Mr Timothy Ayodeji, a retired Director of Information from the Ministry of Information, lauded the ministry for organising the Media Water Week.

“It has proven that the relationship between media organisations and governments can be mutually benefitting especially when the interest of the journalist and the public are alike,” Ayodeji said.

He said that they both had been found to engage in urgent, forceful and consistent campaign to educate the public with knowledge.

Ayodeji said that the event had reinforced the fact that in a democratic setting, the journalist could exercise the highest form of patriotism by monitoring events in the community and making the public aware of them.

“We need to make it clear to the public that the journalist best expresses patriotism by functioning as a committed observer.

“This is especially when the community is under stress or undergoing rapid, disorienting change, hence the media is known as the fourth estate of realm,” he said. 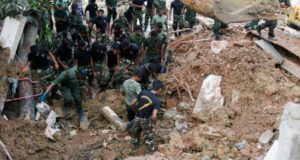 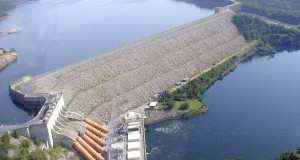 The African Development Bank has approved a African Water Facility (AWF) grant of €950,000 to ...