Millions of Americans in support of climate action, study finds

August 3, 2017 Comments Off on Millions of Americans in support of climate action, study finds 846 Views

Even as the Donald Trump Administration in the US seeks to roll back and eliminate government programs to address climate change, a national survey conducted recently by the Centre for Climate Change Communication of the George Mason University in Fairfax, Virginia, finds that a majority of American voters support more climate action.

A majority of registered voters – including large majorities of liberal, moderate and conservative Democrats, Independents, and nearly half or more of liberal and moderate Republicans – want corporations and industry, citizens themselves, the U.S. Congress, President Trump, and their own members of Congress to do more to address global warming.

Half of conservative Republicans want corporations and industry to do more to address global warming, although fewer want Congress or President Trump to take action. 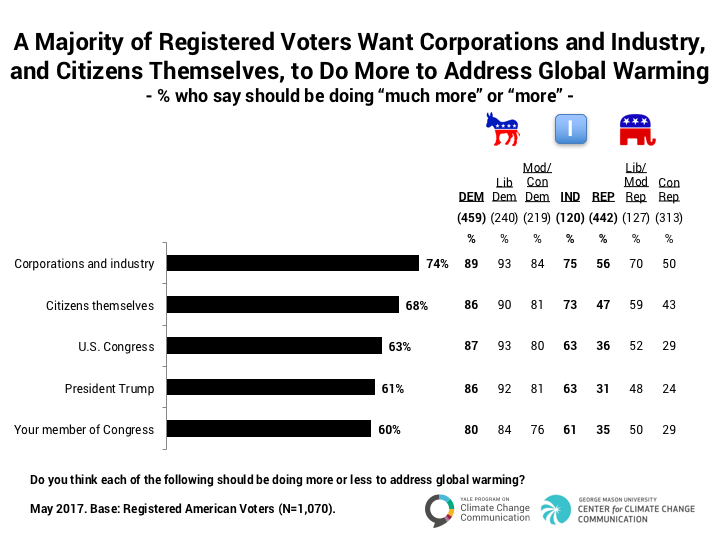 The study also found that nearly a third (31%) of registered voters are willing to participate in a campaign to convince elected officials to take action to reduce global warming, representing tens of millions of people. Yet nearly eight of 10 registered voters say no one has ever asked them to contact elected officials, and two out of three say they have never been contacted by an organisation working to reduce global warming. 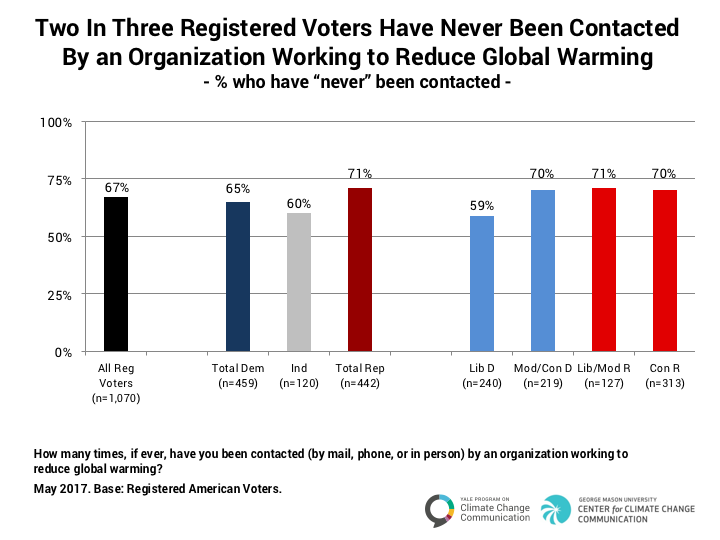 The study finds that millions of Americans are willing to work together to demand climate action by the government and companies – but this potential mass climate movement remains largely unorganised, with many people sitting on the sidelines waiting to be engaged.

ALSO READ:  How to boost pre-2020 action on mitigation, adaptation, by SPM

The report includes many more insights about how Republicans, Independents, and Democrats are responding to climate change in the first year of the Trump presidency

Previous: Earth Overshoot Day: Mankind has exhausted a year’s worth of planet’s resources
Next: A year after flag-off, government asked to immediately commence Ogoniland clean-up