Mercury: Dental amalgam use in Edo to end in 2018

The days of dental amalgam use in dentistry in Edo State in particular and Nigeria in general appear to be numbered, thanks to a landmark resolution reached by a gathering of stakeholders in Benin City, Edo State on Tuesday, October 31, 2017. 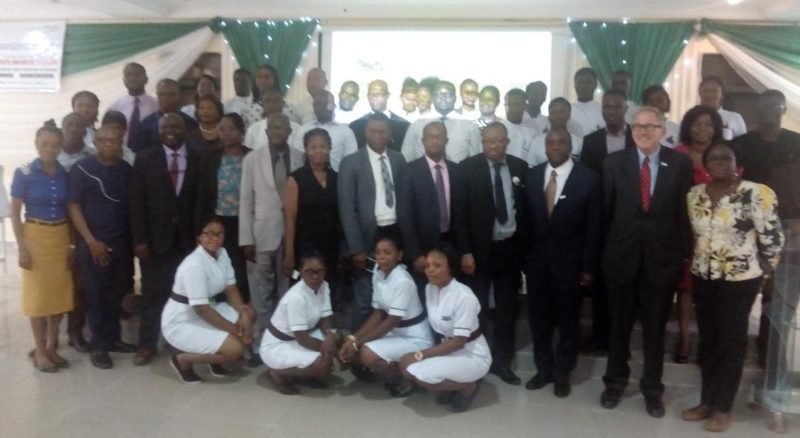 Dental amalgam is a liquid mercury and metal alloy mixture used to fill cavities caused by tooth decay. Because it contains traces of mercury, it is said to be dangerous to health, especially children and pregnant women.

Participants at the daylong stakeholder workshop on phase-down of dental amalgam use in Edo State including government officials, dental practitioners, dental students and surgery technicians, as well as media and civil society groups resolved to end the use of the item for children in the state by 2018. The event was organised by Sustainable Environment Development Initiative (SEDI) in collaboration with the US-based World Alliance for Mercury-Free Dentistry.

In a communiqué issued at the end of the workshop, participants urged the federal and state governments, as well as other African nations, to end amalgam use in children under 16, along with pregnant and breast feeding women from July 1, 2018.

Participants also want government to, in compliance with the provisions of the Minamata Convention, initiate a coordinated multi-sectoral approach for an effective phase-down of use of dental amalgam in the country.

The Minamata Convention on Mercury is a global treaty to protect human health and the environment from the adverse effects of mercury.

According to them, the authorities should update dental schools training curriculum to emphasise mercury-free dentistry, and that the implementation of a phase down work plan must also include legislative review and development of guidelines, gathering baseline data and developing the national overview.

Apart from the initiation of demonstration projects and application of best available technology and environmental practice in the management of dental amalgam, the forum likewise called for the promotion of alternatives/transition to alternatives by a concession for imported alternative restorative materials. They also underlined the need to engage the public and media as well as other stakeholders in awareness creation on the health impacts of mercury in dental  amalgam and the need for prevention of caries.

Participants also called for an urgent need for Nigeria to domesticate the Minamata Convention as soon as possible.

Mercury was described as a chemical of global concern owing to its long range atmospheric transport, its persistence in the environment once anthropogenically introduced and its ability to bio-accumulate in ecosystems.

According to participants, exposure to mercury can harm the brain, heart, kidneys, lungs, cardiovascular system and immune system, particularly in women, unborn children and infants.

Participants also observed the low level of awareness among Nigerians on the dangers of mercury in dental amalgam; the wide spread use of dental amalgam in the country as the most affordable dental filling material serving the restorative health needs of Nigerians, and the limited number of dental clinics and centres to provide services for Nigeria’s teeming population.

In a goodwill message, Minister of State for Environment, Alhaji Ibrahim Jibril, represented by an Assistant Director in the ministry, Mr. Olubunmi Olusanya, said a lot of work is going on in Nigeria by the government and non-governmental organisations to ensure a phase-down of mercury in the country.

The minister, who commended the organisers of the workshop, said it would allow for an analysis of the effect of mercury in dentistry in the country.

Dean, School of Dentistry, University of Benin, Prof. O. Obuekwe, who was represented by Dr. Sunny Okeigbemen, said although dental amalgam use in dentistry has been long but that the school is ready for the shift in paradigm.

He added that the over 40-year-old institution is ready to work with NGOs to make dental amalgam history in Nigeria.

Chairman, Nigeria Dental Association (NDA), Edo State chapter, Dr. Anthony Osaguona, said the group understands the concept and is willing to key into the process, adding that the communiqué would be fully discussed in their meeting in the bid to implement it.

He said every country needs to do what the European Union has done because every child is important. Brown stressed that amalgam in dentistry in Edo State phase-down should start now.

In her keynote paper presentation, Dr. Joan Enabulele of the School of Dentistry, University of Benin, said there are viable alternatives to dental amalgam.

Enabulele, whose paper centred on “Mercury Free Dentistry: Alternative to amalgam”, highlighted the alternatives to dental amalgam, as well as the challenges in Nigeria.

Other papers presented at the workshop include: “Minamata Convention: Dental amalgam use in Nigeria” by Mr. Olubunmi Olusanya of the Federal Ministry of Environment; “Minamata Convention: From commitments to results” by Mr. Leslie Adogame of Sustainable Research and Action for Development (SRADev Nigeria); “Understanding the role of Dental Health Workers in phasing down dental amalgam” by Dr. Sunny Okeigbemen and “Dental amalgam phase-down in Nigeria: Leveraging partnerships” by Dr. Anthony Osaguona.

Against the backdrop of the negative impacts of mercury on people’s health and the environment, the Minamata Convention on Mercury was adopted and signed by over 128 nations of the world on October, 10, 2013 at Minamata, Japan.

Nigeria has signed but is yet to ratify the convention.