The Nigeria Association of Liquefied Petroleum Gas Marketers (NALPGAM) on Tuesday, October 16, 2018 urged the Federal Government to intensify campaign among Nigerians on the need to use cooking gas for cleaner and safer environment. 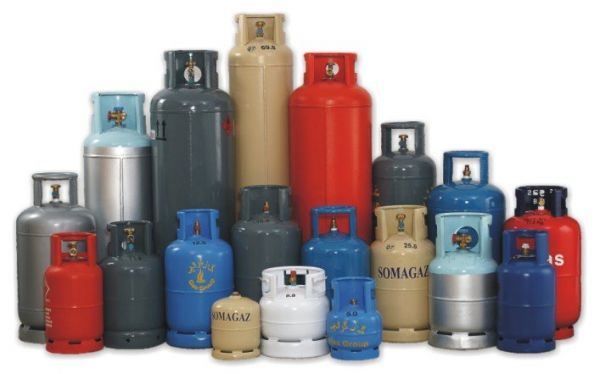 The association’s Executive Secretary, Mr Bassey Essein, who gave the charge in an interview with the News Agency of Nigeria (NAN) in Lagos, urged the country to fast-track its attainment of greater per capita consumption of gas.

Essein decried the rise in the use of kerosene, firewood and other fuel-powered apparatuses by many households for cooking, in spite of the attendant negative implications on the environment.

He urged women to be at the forefront in the fight for renewable energy and total conversion to Liquefied Petroleum Gas (LPG), commonly known as cooking gas in Nigeria.

“There is the need for a massive outreach to women, and indeed the need to embrace the use of LPG, which is healthier, safer and even more cost-effective.

“Cooking gas remains cleaner and cheaper, and therefore, should be the preferred option for fuel users.

“Government should fast-track its plans to transmit cooking gas for the use of one million homes in the next two years,’’ the NALPGAM scribe said.

According to him, there is no doubt that the socio-economic benefits of switching from kerosene, firewood and charcoal to LPG are innumerable.

“For instance, Nigeria has commercial reserves of natural gas. LPG is also known to be cheaper and cleaner than other domestic fuels

“Ironically, the nation remains the lowest consumer of cooking gas in Africa, while statistics have shown that poor households in neighbouring countries like the Republic of Benin, and Ghana are already using gas for everyday cooking.

“Nigerians have remained on the threshold of using kerosene, firewood, charcoal and animal waste or sawdust for cooking.

The NALPGAM scribe said that government could contribute in a variety of ways to facilitate expanded LPG use by households through actions, both within and outside the sector.

He said that government could establish a virtuous circle of growing demand, increased investment and expanded availability of the product.

Essein said that LPG demand was growing and that NLNG was saddled with the responsibility of supplying the product to the domestic market.

According to him, the only way to achieve expanded usage is for the government to begin implementation of its plans to transmit cooking gas into one million homes in the next two years.

“The annual target of cooking gas consumption volume of at least five million, up from the current annual consumption rate of about 400,000 metric tonnes is achievable.

“This can be achieved by replication of Indonesia’s success story, which was able to get 53 million homes to use gas in three years.

He said that with such percentages came a lot more responsibilities and advocated for more efforts to be directed toward developing the local market for cooking gas.

The LPG expert said that the world was “awash with gas’’, adding that the times were not suited for the continued reliance on oil exports either.

Essein identified lack of infrastructure, an underdeveloped market structure and a widespread but inaccurate belief that gas was more expensive than traditional fuels as the major obstacle impeding the progress of Nigeria’s LPG industry.