In Kyoto, Japan an international agreement (Protocol) was entered into by the delegates to the Third Session of the Conference of Parties under the auspices of the United Nations Framework Convention on Climate Change (UNFCCC) in December, 1997. This Agreement otherwise known as the Kyoto Protocol (KP) became operative on 25th February, 2005. 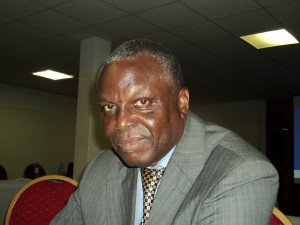 The KP set out a political blueprint for action to address the atmospheric concentration of greenhouse gases (GHGs) to avoid what was described as “dangerous anthropogenic interference with climate change”.

The Protocol committed industrialised countries and countries in transition to a market economy to achieve emission reduction target. These countries known as Annex l Parties under the UNFCCC agreed to reduce their overall emissions to six GHGs by an average of five percent below 1990 levels from 2008 to 2012 (the first commitment period) with specific targets varying from country to country. Since then, there have been series of negotiations.

This piece is not to discuss extensively on the various negotiations tracks and or different challenges especially countries that have attempted to opt out of the agreement; rather, it is to help us have an understanding as to how we are witnessing transition from Kyoto Protocol to what may eventually lead to a more involving global Agreement.

It is pertinent to mention that, as we move towards COP 21 in Paris this year, the UN announced on 16th February, 2015 that “analysis shows that countries with targets under the Kyoto Protocol have collectively exceeded their original ambition.” The UNFCCC officials also said that “those countries who took on targets under the treaty have reduced their emissions by over 20 percent – well in excess of the 5 percent target they agreed to achieve.

“The significant point about the above is that international co-operative action can achieve a lot in the global effort to create a better world. The climate change agreement in Paris is expected to be “the next key chapter in humanity’s quest to chart a defining path to keep the world and its people under a 2 degree C temperature rise.”

The Executive Secretary of UNFCCC, Christiana Figueres, in a statement said: “The Kyoto Protocol was a remarkable achievement in many ways. It not only underscored the scientific reality that greenhouse gas emissions need to fall but it also put in place pioneering concepts, flexible options, practical solutions and procedures for accountability that we often take for granted today”.

The Kyoto Protocol helps to spawn new and innovative initiative like supporting developing countries to reduce emissions from deforestation and forest degradation. It helps to provide a foundation and the lesson to all of us is that there is always a first step. Today, the world must take a further step and far reaching action towards a truly sustainable future for over nine billion people. We need to realise that, in spite of all efforts, greenhouse gases continue to rise, threatening sustainable development and if care is not taken it will put billions of people at risk over the next couple of years.

COP 21 will open a new chapter in the management of the global climatic issues. It is expected that it will lead to a paradigm shift that will reflect today’s reality as contained in the lPCC report focussing on the global gas emissions, decarbonisation of the global economy and achieving climate neutrality.

The challenge to us in developing countries and especially Nigeria is to work together – government, private sector, civil society and people to address the challenges and opportunities of this global phenomenon. The world is facing serious oil crisis and Nigeria is passing through a period where there is dwindling revenue from oil which is the mainstay of our economy and major revenue generator. There is the need for diversification and we must do something towards the road to a low carbon society and turning the challenges to opportunities. The world is moving and despite our challenges we must do something now as we need to retool our industrial machineries.

Paris is beckoning to us. It may not be the solution immediately to climate change but it is a strong pointer towards the world with less fossil fuel and restoring natural balance of emissions on planet earth. Climate change is with us, we are as vulnerable as most other countries. It impacts our goals, aspirations and sustainable livelihood.

COP 21 is important to humanity. We must key into the process and see how we can benefit from technology, finance, capacity building, green economy, green jobs, green banking and all the attendant issues in the negotiation tables.

We need to invest in knowledge, time, people and above all have an understanding of what goes on outside the main areas of negotiation – “in the corridors and beyond.”

I have been asked, Why is COP 21 in Paris so important? l have also taken time to consult widely on this  and l can only summarise by saying that Paris is expected to secure  a deal that will see all nations come forward with self-determined plans for emissions-cutting contributions and reiterate support for poor countries in addressing the challenges of climate change.

I believe that we need to engage our people at all levels, governments alone cannot do it but they need to create the enabling environment. We appeal to our private sector to buy into this process and commit part of their contributions on corporate social responsibilities to education, awareness creation and citizens’ engagement. There are huge potentials that we can get by moving along without getting blown off with the wind and a clearer understanding and involvement will go a long way in achieving positive results.