The world’s least developed countries have appealed to the international community for a greater focus on climate change adaptation, particularly locally led adaptation. The appeal was made at the Climate Adaptation Summit held virtually from January 25 to 26, 2021.

Bhutan, represented by Mr Sonam P. Wangdi, Chairs the Group of the 46 Least Developed Countries in the UN climate negotiations. He said: “Our people are increasingly suffering from a climate crisis they did little to cause. We need to work together to adapt to the inevitable effects of climate change and build resilience against its impacts.

“Support for adaptation is urgently needed in the least developed countries, as our countries have low capacity to respond but have high exposure to increasingly intensifying climate impacts.

“Our priority is ensuring our communities and our economies can adapt to the changing climate. The climate crisis is worsening, and our countries are the most vulnerable. Lives and livelihoods are at risk each day. Climate adaptation is critical for ensuring a safe future for all of our people, and future generations.”

At the Climate Adaptation Summit, a number of countries and organisations expressed their commitment to the Principles for Locally Led Adaptation.

Mr Wangdi said: “We are inspired by these principles for locally led adaptation. It is at the local level that communities are most familiar with climate impacts affecting them, and best positioned to develop and implement actions to adapt that are effective and sustainable long term.”

At the summit, German chancellor Angela Merkel announced that Germany was making €100 million available for the Fund for the Least Developed Countries.

Welcoming the announcement for increased support for climate adaptation, Wangdi said: “I’m pleased that some countries are scaling up their support dedicated to actions for adapting to climate change. We welcome the announcement made by Germany to contribute additional funding to the LDC Fund. The LDC Fund is the only multilateral fund fully dedicated to climate action in LDCs.

“We therefore highly acknowledge contributions made to this fund that helps to implement adaptation action in our countries. We hope to see other governments follow suit to protect our people from the worst climate impacts. There is still a long way to go to close the gap between the level of adaptation finance that is needed and that which has been received.” 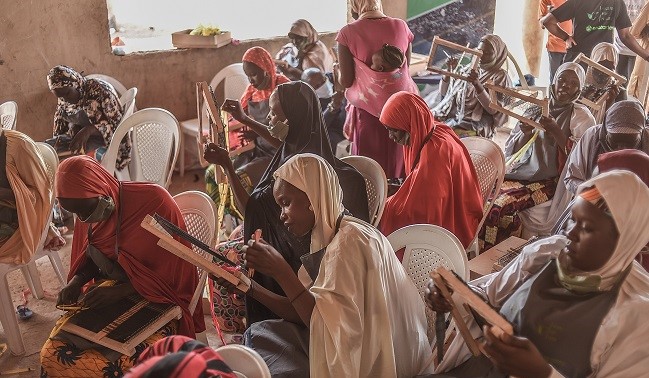 Various actors across the climate change community in Nigeria have concurred with the view that ...