City officials have shut down hundreds of public drinking fountains in Chicago, Illinois after tests detected excessive levels of lead in the water – another example of how the potentially harmful metal remains a threat in homes, schools and other settings around the country. 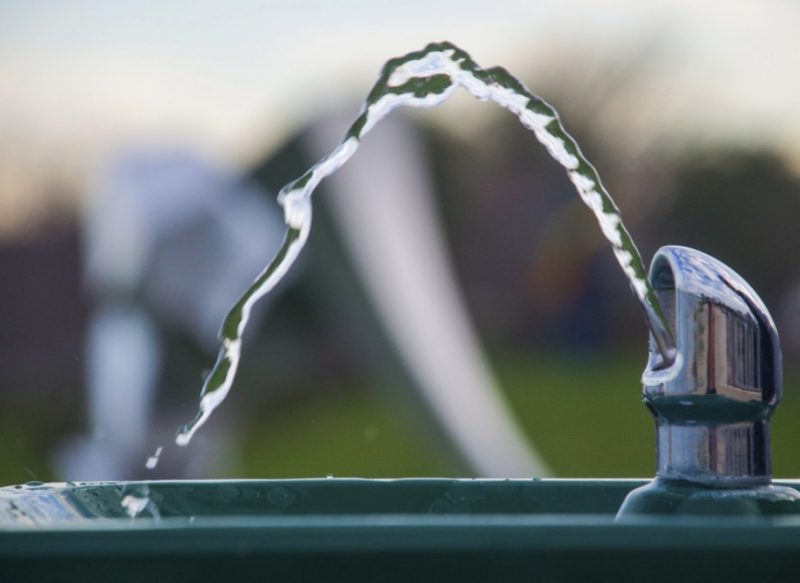 The ongoing crisis in Flint, Michigan, in which a city of nearly 100,000 people was exposed to high levels of lead in the water, has prompted other communities to test for the toxic substance in recent months. Among those was the Chicago Park District, which said it began testing thousands of public fountains in the spring.

The agency found that 445 of the city’s 1,891 outdoor fountains – or nearly a quarter – showed lead levels higher than the Environmental Protection Agency’s (EPA) “action level” of 15 parts per billion. In addition, 14 of 544 indoor fountains and sinks exceeded the federal standard.

Officials said all fountains and sinks that tested for high lead levels have been disabled.

“Ensuring the health and safety of all park patrons and staff is a top priority of the Park District,” the agency’s spokeswoman, Jessica Maxey-Faulkner, said in a statement, adding that the “fountains will undergo further testing, and will be removed, repaired or replaced, as necessary.”

The Park District modeled its effort after testing undertaken by Chicago schools, which also found issues with lead in the water at some schools. Earlier this year, the head of the public school system in Chicago pledged to do “whatever it takes” to rectify lead problems after risky levels of lead were detected in dozens of buildings.

About 40,000 children attend summer day camps at the city’s parks, and thousands more attend programs at the parks throughout the school year, according to the Chicago Tribune.

Public health officials agree that there is no “safe” level of lead in the body. The substance can be particularly damaging to young children, contributing to permanent learning disabilities, behavioral problems and, at higher levels, a number of diseases.

Lynn Goldman, dean of the Milken Institute School of Public Health at George Washington University and a former EPA regulator, said Chicago’s findings underscore a lack of adequate testing for lead around the country. Under current rules, cities are required to test only a small number of samples from homes to check the municipal water supply for lead. But no requirements exist for routine tests in schools or other public settings, such as parks.

“This is a national problem,” Goldman said. “What this highlights for me is that it really needs to be a requirement by the (EPA) that all cities and schools test these public drinking water fountains.”

She applauded Chicago for proactively shutting down fountains with high lead levels, but she said there’s no guarantee the same problem won’t crop up again, because the tests offer only a snapshot of the water at any given time. In addition, she said Chicago is hardly the only city where the public water sources are potentially hazardous, as lead pipes and fixtures remain ubiquitous in communities across the country.

Goldman said it’s unlikely that taking a sip from a single fountain would seriously affect a person’s health. But she noted that for some people, such as the homeless, public fountains are a primary water source. And when it comes to children, it could be yet another contributor of lead in their environment.

“The risks of lead are cumulative,” she said.