The meeting of Ministers and Heads of Delegation from the Least Developed Countries (LDC) group held recently in Addis Ababa, Ethiopia, has been described as productive. The delegates had gathered from October 15 to 16, 2018 to discuss the priorities of the LDC group in preparation for the international climate negotiations in Katowice, Poland in December. 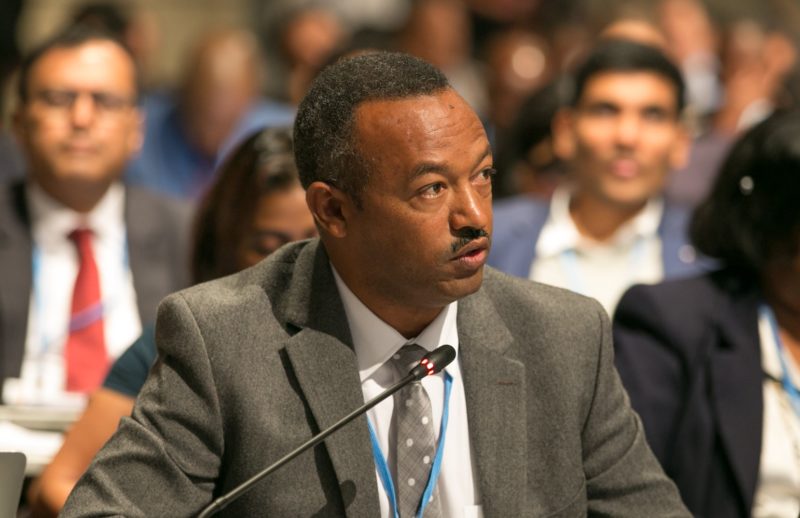 Mr. Gebru Jember Endalew, Chair of the LDC Group, said ministers had engaged in productive discussions around key issues in the negotiations and LDC initiatives and had summarised their priorities in an LDC Ministerial Communiqué on Climate Change.

His words: “Ministers from across the world’s 47 least developed countries expressed their dedication to climate action and to collaboration to achieve our shared goals to lift our people out of poverty and achieve low-carbon, climate-resilient sustainable development.

“They emphasised their grave concern at the increasingly severe climate impacts already experienced by LDCs at the current level of warming, and highlighted the disproportionately higher future risks for LDCs, as evidenced in the IPCC Special Report on the impacts of global warming of 1.5°C.

“It is clear that, to address the climate challenge, immediate action is required to implement transformative change across societies. The ministers emphasised the need for the rapid deployment of proven, real climate solutions such as scaling up renewable energy, eradicating energy waste, managing the rapid decline of fossil fuels, and protecting and expanding forests, soils and natural systems. The ministers also recognised that any possibility of future technological solutions cannot excuse delaying action.”

A key issue discussed at the meeting was climate finance.

On the upcoming climate negotiations in Katowice, he noted: “The LDCs look forward to the adoption of a comprehensive, robust and effective set of guidelines at COP24 that will enable full and ambitious implementation of the Paris Agreement. It will be particularly important that the guidelines facilitate action to address loss and damage and to adapt to climate change.

“The LDCs look forward to a formal political declaration and COP decision on the Talanoa Dialogue at COP24, sending a strong political call for fair and ambitious climate action.

“In Paris the world laid down a blueprint, and now in Katowice we must finalise the structure that will bring the spirit and vision of the Paris Agreement to life – achieving the 1.5°C temperature goal and protecting communities across the world from the devastating impacts of climate change.”