Worried by the heaps of refuse on Jos and Bukuru streets, members of the Plateau House of Assembly on Wednesday, July 18, 2018 invited environment commissioner Abdullahi Abbas to explain the situation. 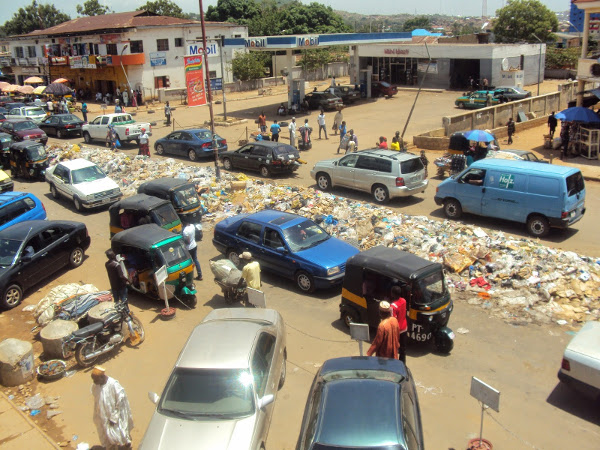 Refuse in the streets of Jos

The News Agency of Nigeria (NAN) recalls that the lawmakers, at their plenary on Thursdays, directed the standing committee on environment to investigate why the refuse heaps had not been cleared.

Mr Gideon Dashe, chairman of the committee, who presented the lawmakers’ concerns to the commissioner, wondered why the refuse dumps had not been collected, and expressed fear of a possible epidemic if the situation persisted.

“This ugly trend is particularly worrisome because of its health implications. Practically every corner has been taken over by uncleared refuse. We cannot continue like this.

“We are not here to reprimand anybody; we only want to find out why the refuse dumps are not being cleared.

“When refuse is left uncollected, ailments like cholera can spread very fast,” he said.

“Recently, however, my ministry realised that the operators lacked the capacity to carry out the job. We found that many of them do not have the needed equipment.

“Aside the operators’ inability to handle the task, members of the public have worsened the situation by disposing waste indiscriminately,” he said.

Abbas assured the legislators that the ministry would step up efforts toward ridding Jos and Bukuru of dirt “within the shortest possible time”.