Latin American and Caribbean countries are at the forefront of the first effects of ocean acidification on people’s lives, according to experts who gathered in Santa Marta, Colombia to address the threat of acidification to the region at an event co-organised by the International Union for the Conservation of Nature (IUCN). 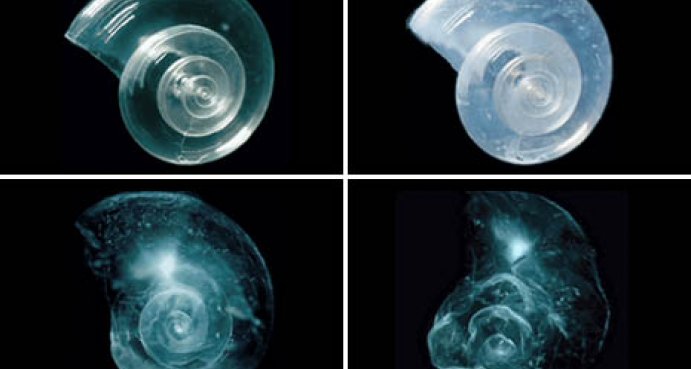 Research suggests that rising seawater acidity is already impacting the ability of organisms such as shellfish and corals in the region to build shells and skeletons. This could undermine regional food security and livelihoods in Latin America and the Caribbean, the first regional meeting of the Ocean Acidification International Reference User Group (OaiRUG) heard. HSH Prince Albert II of Monaco, IUCN Patron of Nature, who attended the meeting, called for urgent action on ocean acidification – a call echoed by others present.

“Ocean acidification is a silent storm that is starting to have real impacts on people’s lives, together with pressures from overfishing and pollution, exacerbated by ocean warming and reduced oxygen levels,” said Dan Laffoley, Marine Vice Chair of the IUCN World Commission on Protected Areas. “Latin American and Caribbean countries depend on the sea for food and livelihoods. Without significant cuts in carbon dioxide emissions, the effects of ocean acidification on this region could be catastrophic.”

Carbon dioxide emissions from human activities are altering ocean chemistry, causing the acidity of seawater to rise. Caribbean islands have seen decreasing pH levels for the last 20 years, whilst seawater saturation of calcium carbonate, necessary for organisms such as corals and shellfish to build skeletons, has declined by approximately 3% per decade.  In the colder waters of northern Chile, reduced shell calcification has been observed along with a 25% reduction in the growth rate of cultured scallops. In Patagonian waters, studies indicate that ocean acidification will reduce biomass production of mussel aquaculture by between 20 and 30%.

“It was very important to discover the scale of vulnerability of marine tropical, temperate and cold-water ecosystems present in the Americas, and also the complexities and the economic implications of ocean acidification in the region”, said Captain Francisco Arias Isaza, General Director of the Colombian marine and coastal research institute, Invemar. “This places an obligation on scientists, governments and civil society to work together to enhance the knowledge and propose actions to address this issue.”

The event, attended by over 50 delegates from 19 countries including scientists, aquaculture experts, policy makers and civil society representatives, explored how the Latin American region can respond to increased seawater acidity levels.  It identified gaps in the region’s ability to cope with current and future acidification, and set out priorities for moving forward, including funding, science, communication, policy decisions and implementation.

The meeting was funded by the Prince Albert II Foundation as part of a long-term strategy of HSH Prince Albert II, with additional support from the International Atomic Energy Agency, and held in collaboration with IUCN and the Latin American Ocean Acidification Network (LAOCA).

A Regional Action Plan on Ocean Acidification for Latin America and the Caribbean: Encouraging Collaboration and Inspiring Action will be published by Invemar in partnership with IUCN and LAOCA later this year.