The differences which gave rise to the emergence of refuse across Lagos State over the implementation of a new waste management policy encapsulated in the Cleaner Lagos Initiative have been resolved, with all the key players agreeing to sheath their sword and collaborate in order to  ensure a cleaner, prosperous and healthier environment in the state. 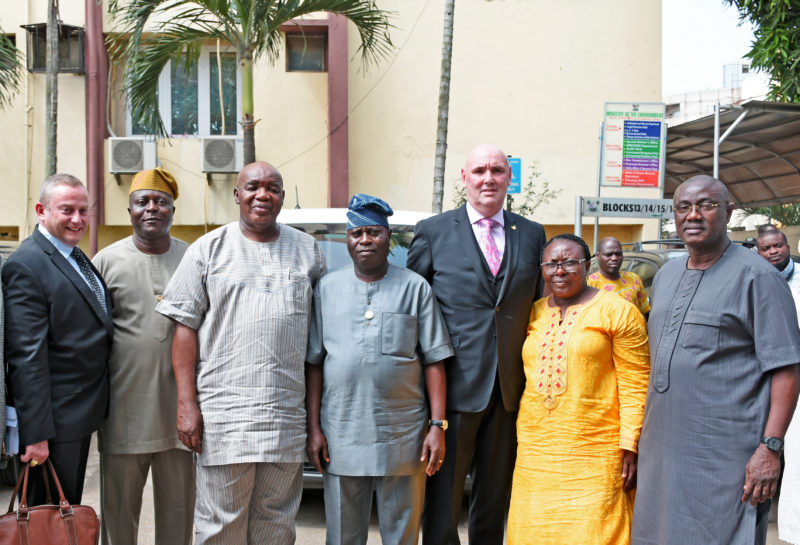 The resolve to collaborate was reached on Thursday, February 22, 2018 at a meeting held between officials of the Lagos State Government, Visionscape Sanitation Solutions and Waste Collection Operators (WCOs), also known as Private Sector Participant (PSP) Operators.

Speaking at the meeting, the state’s Commissioner for the Environment, Dr Babatunde Durosinmi-Etti, said that government was interested in easing challenges being experienced in waste management at present by creating synergy between Visionscape and the WCOs in their spheres of operation, stressing that resolving the challenge in a mutually beneficial manner was the best approach.

“Government more than ever believes in this partnership and that is why it has not only provided a facility of up to N2.5 billion with state government guarantee, which PSP Operators could access to upscale their operations, but has also opened another channel through the Employment Trust Fund for loan facilities at reasonable interest of not more than 12% per annum,” he said.

The Environment Commissioner stated that the Lagos State Government was determined to remove all bottlenecks hindering seamless waste disposal operations, adding that it was making the bold move of targeting a turn-around time of thirty minutes at the dumpsites by encouraging concerned stakeholders to create additional platform at the sites.

He emphasised that no efforts would be spared to return the dump sites to sanity by reducing the menace of indiscriminately parked trucks and scavengers, both of which add to the loss of time at the dump sites.

On his part, Visionscape’s Chief Executive Officer, John Irvine, applauded the new found understanding between his company and the WCOs and stated that challenges being experienced in domestic waste management in Lagos State had to do with the fact that the domestic waste operator was just in its first cycle of operation, meaning that it must contend with some teething problems.

His words: “It is not unusual to face this kind of problems especially in the first cycle of operations. It takes some time to build the superstructures and to ameliorate the present hiccups; we are buying locally and taking steps to have waste container bins manufactured locally.”

Speaking on behalf of the WCOs, Kasumu Afis Olasehinde reiterated their commitment to the success of the Cleaner Lagos Initiative and pledged to roll out more trucks to rid Lagos of wastes’ black spots.

“To show our total commitment to a cleaner, healthier and safer Lagos, we have not only resolved to work with the government of Lagos State and the domestic waste operators as partners, we have also resolved to commence free operations every Thursday to mop up black spots in our respective areas,” he said.

It was agreed at the meeting that a seamless process should be put in place on how Visionscape and the PSPs will partner on the door-to-door collection of waste from March 1.

It was also agreed that Visionscape would take the PSPs on a tour of the Epe Landfill, the first engineered landfill in West Africa.

The meeting also agreed to set up a committee comprising all the stakeholders to ensure smooth operation of the project.

Like Loading...
2018-02-22
admin
Previous: Nigeria’s conflict is a result of environmental devastation across West Africa
Next: 172 dead as listeriosis outbreak hits South Africa