Why Lagos traffic must go slow on the environment

February 11, 2016 Comments Off on Why Lagos traffic must go slow on the environment 2,149 Views

The fumes. The horns. The shouts. Add those to the damaging pressure of vehicles on the built environment and you understand how the vehicle traffic situation in densely populated parts of the country comes at a huge cost to our natural habitat and health. That the traffic situation has had so much of an effect on the time, and thus, productivity of the average motorist which translates into less productivity for the society in general is well-known as this economic downside has been emphasised at several forms but what hasn’t been given the proportionate attention is the environmental cost. 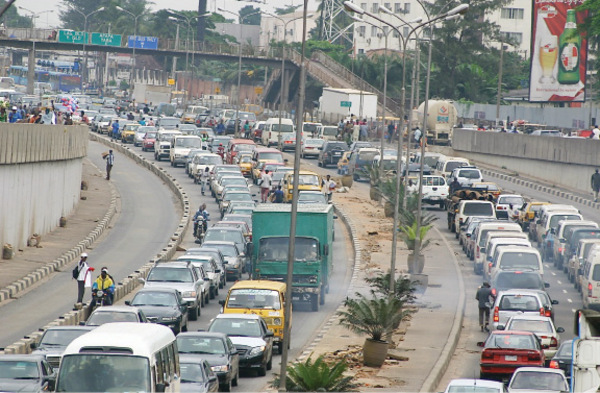 Lagos State is the commercial capital of Nigeria, referred to as the “Centre of excellence” (one would be forgiven to mistake excellence for vehicular traffic) and no other place in Nigeria is the traffic situation as bad as the most densely populated state which continues to endure an overstretch of its resources by its geometrically increasing population. For passengers travelling into the country through the capital, it is not unusual that the longer journey is not the one from another continent into this one but that from the airport in Lagos to the final point of the journey, because of the huge traffic on the roads.

The natural environment is a direct victim of this anomaly in the city and this, while being partly an offshoot of the intense traffic situation, is as well a product of poor environmental management by relevant authorities. The high rate of release of CFCs into the atmosphere via fuming vehicles which, at times, are unbearable even to the lungs of nearby people, is a disgrace in this modern world. That this fuming situation has been allowed to go on unabated over time is another indication of environmental negligence. It is unthinkable that even when African neighbours have taken steps to de-smoke their air by looking to keep vehicles of high fumes off the roads, as in Ghana, we are still paying lip-service to it. The troposphere is badly polluted from these activities and aerial pictures show a marked distinction in purity between the third world and the developed areas so one expects that with CFCs as ammunition for global warming, this would be a key area in trying to limit climate change but alas, the rate of releasing fumes is only increasing, if anything and with the traffic situation still worsening, vehicles spend more time on the road, and consequently more of carbon monoxide emitted into the already polluted atmosphere.

Air pollution is not where it stops. The noise generated in an average “bumper-to-bumper” traffic is enough to make people develop the most severe of headaches. From the horn-blaring drivers of majorly commercial buses called “danfo” to their “conductors” who never stop screaming, there is the perfect set-up for disturbing the peace of any neighbourhood. The Lagos State Government, in the last year, had set aside a day for non-usage of vehicle horns in recognition of how its usage had been bastardised on the roads in the state; how effective it was is however another story. It was however commendable that it was felt necessary to act on the noise generated by vehicles in the state, and this must be encouraged for progress to be made.

The roads are not left out. The increased pressure on the roads brought about by a multitude of almost stagnant vehicles is again very damaging to the roads themselves. The Nigerian transport system, with an almost dormant rail sector, has always been pointed to as a problem of the roads with heavy-duty trucks having to ply same roads with saloon cars. What results is weakening of these roads, some of which were never of premium quality, development of potholes and consequently, the complete decay of the roads. So the cycle begins again: contract award, construction, heavy traffic, potholes, and death.

In some cases, the heavy traffic is a factor in causing motor accidents which sometimes result in collateral damage to nearby developments. In all, the built environment is not safe from the ills of the unfavourable traffic situation as well. So it clearly goes way down, as far as our habitat as a race is concerned.

Government in Lagos and beyond must address the issue of stagnant traffic on our roads, with as much environmental consciousness as economic. A stand must be taken, as a matter of emergency, and enforced against the emission of fumes by vehicles. Until that is taken seriously, whatever commitment made to the Paris Agreement by the Federal Government will look like mere talk. It is time to match talking with walking. Let the wise take heed. 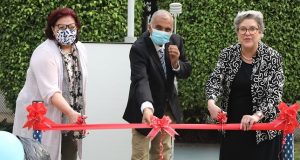 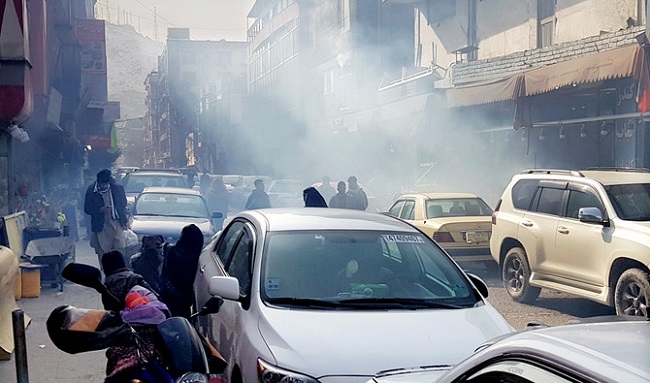