Some residents have called on the Lagos State Government to adopt new strategies in managing and curbing the spread of COVID-19 in the state.

They said in separate interviews on Monday, June 29, 2020 in Lagos that the current strategies were not achieving the desired results.

According to them, the state government should not only put out laws, but should also enforce them, if they hope to reduce the number of new infections.

Commenting, Mr Uche Agwu, a financial adviser, urged the state government to step up its enlightenment campaigns on the importance of use of face masks, through social, print and electronic media.

“Lagos government should try and capture the minds of the populace by coming up with short dramas, publicity campaigns, using famous people.

“They can show the need for washing of hands, using sanitisers, wearing masks, social distancing and living hygienic life.

“When people hear and see it over and over again, it becomes a way of life,’’ he said.

Agwu urged the government to also seek the help of COVID-19 survivors, in telling their stories, so that people who don’t believe would hear it directly from them.

He added that the government should hold the law enforcement agencies accountable to ensure that the guidelines were strictly adhered to.

Also, Mr Onoriode Ajejewe said the government needs to be more vigilant and ensure that people comply with the guidelines, particularly in the sectors of the economy where they have eased the lockdown.

“If you move around, you can count the numbers of people who wear face masks, those wearing them now seem like the odd ones.

“The markets are worse, they do not follow the guidelines at all, no handwashing, no face masks, don’t even mention social distancing.

“Beyond the law enforcement agencies, Lagos State Government should have its own local monitoring and enforcement team,’’ he said.

Contributing, Ms Christy Ezekiel said the best strategy for curbing the spread of COVID-19 pandemic was for people to stay home and observe the guidelines of handwashing, social distancing and personaI hygiene.

She, however, said that if the state government, for economic reasons could ease the lockdown on markets and other sectors of the economy, they should also enforce the guidelines.

“The problem is the enforcement; if the government can get that right, whether people believe it’s a scam or not, they will comply,’’ she said.

In his comments, Mr John Folarin said that beyond the “Mask Up Lagos” initiative, the government has a huge role to play in enlightening and educating its citizens about health issues and healthy living in general.

Folarin, an educational consultant, said: “They should be talking about how people can boost their immune system now; if there are things that work, the government should bring it to the fore.

“Let it be a common knowledge and information coming from experts that can be picked up anywhere, especially those that concern boosting the immune system, healthy living, such as exercising, resting and eating well.

Speaking on those who believe the numbers recorded was a scam, he said the vibes being received from the government’s decisions had cast doubts in the minds of the people.

“I learnt that for some reason, tests results are not given to those who test positive, that’s one.

“Secondly, we see videos on television and social media of how patients abroad are being treated, we see the actual challenges, but I haven’t seen any of that here.

“Then, we had about 90 cases, there was total lockdown, but when we recorded about a thousand cases and it kept increasing, we relaxed it.

“That decision cast doubts on the minds of many Nigerians; for those doubting the numbers, somehow they have a valid point,’’ he said.

Previous: Russia fights wildfires on over 165,000 hectares of forest
Next: COVID-19: Challenges of rural women and social distancing 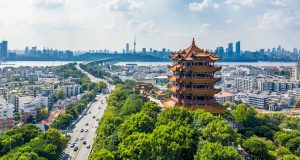