Tragedy struck in Lagos on Tuesday when the world famous Makoko Floating School went down like a pack of cards as a heavy rain storm hit the bustling coastal city. The building had overtime survived several storms, but the already battered structure finally caved in around 12 noon on 07 June, 2016. 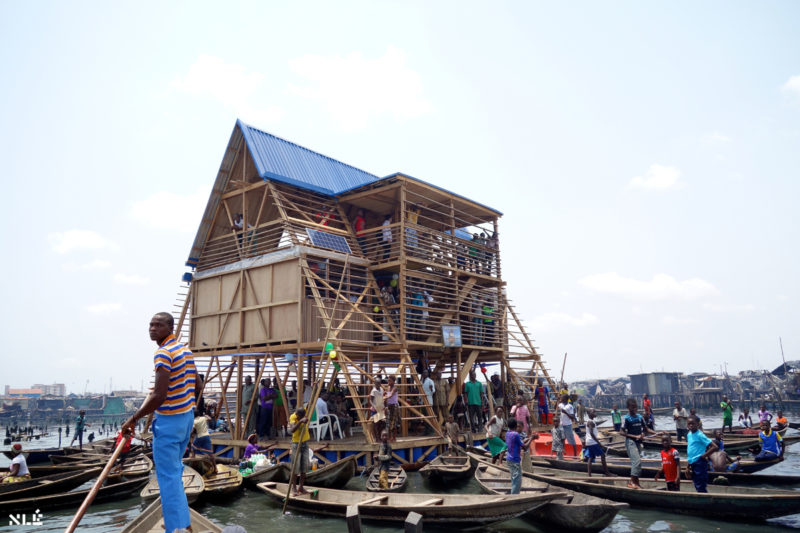 However, none of the pupils were hurt. Due essentially to the fact that they were not there at the time of the incident – they had all been moved to a different location months earlier due to what looked like the deteriorating condition of the building. Nonetheless, the about 300 children mainly from the nearby Makoko waterfront community have now been left without a school.

According to the Head Teacher of the school, Noah Shemede, many of the children are in despair and hoping that something is done urgently to enable them complete their last term of the 2015/2016 academic year.

He said: “The school collapsed between 11am and 12noon. This was after we noticed some cracks on the building. I moved my pupils from the school in March to Wainaina Nursery and Primary School due to severe weather condition that was making learning difficult and not conducive for the children.”

The Floating School since its construction in 2013 has become one of Lagos’ iconic structures seen from the Lagoon. The school, which was built as an adaptive structure for coastal communities in developing countries that are grappling with rapid urbanisation, was supported by the United Nations Development Programme (UNDP) and international NGOs. 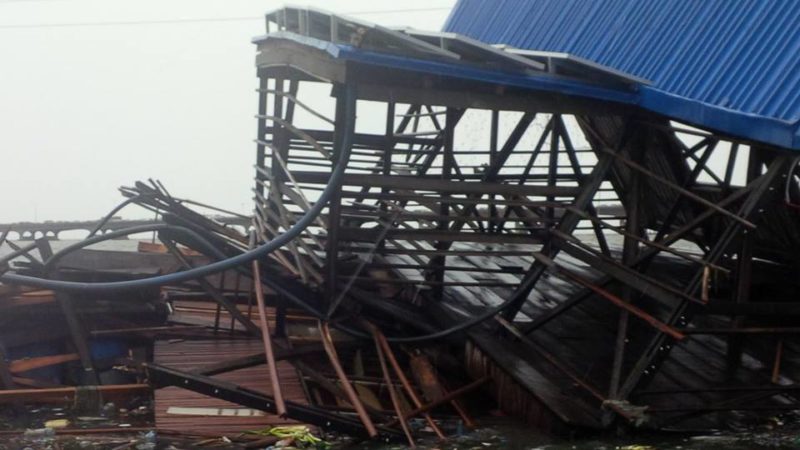 Prior to the commencement of the project, the children of Makoko only had access to one primary school which was considered inadequate, built on reclaimed land and was frequently threatened by recurrent flooding. The old school which had only four classrooms was grossly overpopulated. The new school thus came as a huge relief for the teeming population of primary school students in Makoko, where Wainaina was hitherto the only primary school of the waterfront community.

In 2013, an architect, Kunlé Adeyemi of NLÉ, proposed to transform the water slum status of the Makoko waterfront community to a floating island by creating a functional building prototype. He collaborated with organisations such as the Heinrich Böll Foundation, UNDP, Federal Ministry of Environment’s Africa Adaptation Programme (AAP), Yaba Local Council Development Area (LCDA) and Makoko waterfront community to execute the project. 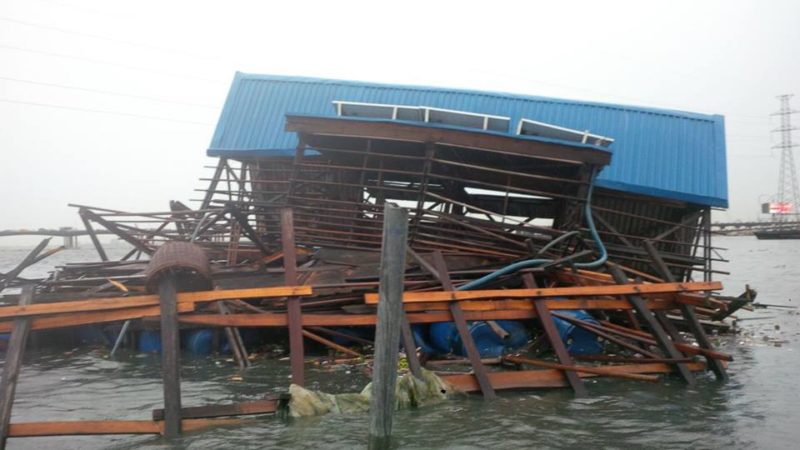 Down, but not out?

The floating school comprises alternative sustainable buildings and structures designed to adapt to the resident communities’ aquatic lifestyle. The floating school utilises local materials such as bamboo, timber and resources to produce architecture that applies to the physical, social needs of people and reflects the culture of the community.

Wood is used as the major material for the structure, support and finishing of school building. The form of the school building is a triangular A-Frame section with about 1,000-square-foot play area. The classrooms are located on the second tier and are partially enclosed with adjustable louvered slats. The classrooms are also surrounded by spatial public greenery. There is a playground below the classroom while the roof contains an additional open air classroom. The classroom spaces are used for communal functions especially during out-of-school hours. Sustainable features include application of solar cells to the roof, rainwater catchment systems and composting toilets. 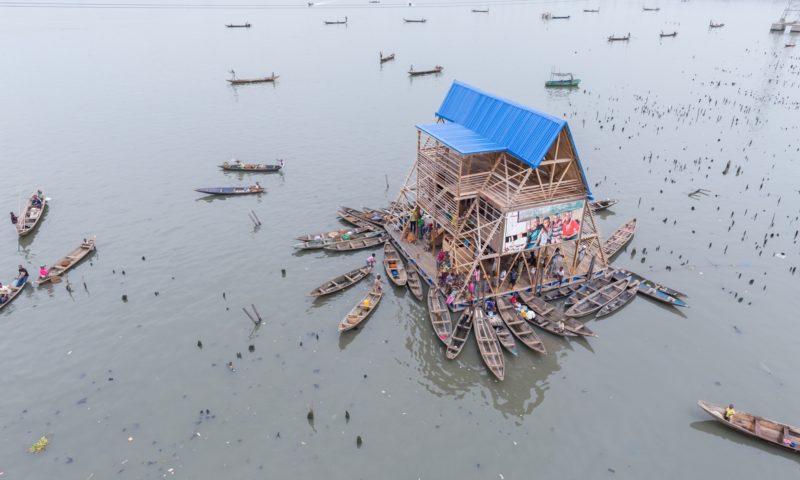 Bird’s eye view of the school

The structure was also designed to use about 250 plastic barrels to float on the waters and be naturally ventilated and aerated. There are considerations to use the building prototype to provide additional infrastructure for the community including an entertainment centre, a community hub and health clinics.

The floating school design won the 2013 AR+D award for emerging architecture and was shortlisted for the London Design Museum’s 2014 Design of the Year award. It also received a nomination for the 2015 International Award for Public Art. 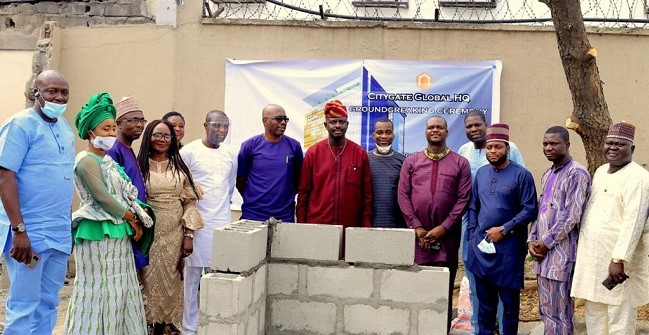