The Lagos State Government has appealed to the Federal Government to assist the state in mitigating the effects of erosion and protect its coastline.

Commissioner for Waterfront, Mr Kabiru Abdullahi, made the appeal on Wednesday, May 27 at the year 2020 Ministerial Press Briefing, to commemorate Gov. Babajide Sanwo-Olu’s first year in office.

”The erosion of Lagos coastline is a direct impact of the construction of the Eastern and Western Moles by the Federal Government as far back as 1912 to provide safe access for vessels coming into the state harbour.

”This has put heavy financial burden on the state with regards to the protection of its coastline,” Abdullahi said.

He urged the National Inland Waterways Authority (NIWA) to create channels for boat navigation on the waterways and stop enabling illegal dredging activities.

According to him, the agency needs to support Lagos in preventing the degradation of its shoreline, road infrastructure and halting environmental pollution.

”NIWA should refocus its attention on its primary mandate, which is to create channels for boat navigation on the waterways, instead of acting as land speculators, among others,” he said.

Abdullahi added that 34 dredgers operating illegally were arrested and prosecuted by the State Taskforce on Environment and Special Offences during the period under review.

The Lagos government also said that it would continue to create more man-made islands at its waterfront across the state, to further increase land availability for housing and infrastructural development.

Abdullahi said that work had commenced on the reclamation of 100 hectares of land proposed for mixed-use development named ”Ostia Islands”, beside Orange Island at Eti-Osa Local Government Area.

He said that approval was also granted for the reclamation of 54.58 hectares at Makoko for redevelopment, while the Majidun-Awori Island project would be embarked upon to bring commercial and residential real estate development to the Ikorodu corridor.

According to him, the projects will be financed through Public-Private Partnership.

Abdullahi said that other upcoming projects such as King’s City Island, would be constructed on 150 hectares and located 300 metres north of Victoria Garden City; and Olumegbon Royal Land (Palaver Yard Extension) with proposed 6.6 hectares of land.

He added that the state government had continued to work with its partners at the Orange and Gracefield Islands currently undergoing construction during the period under review. 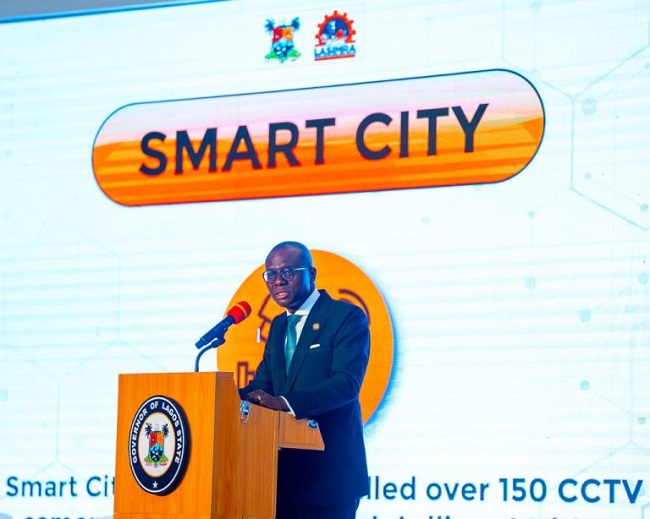